A verdict is expected by early August.

The constitutional court advisor draws on evidence submitted to the court to produce a non-binding report detailing legal arguments in the case.

Can recommended in March that the court should not take up the case but it ignored that advice.

“We are going to meet with our colleagues and have the necessary discussions and after that we are going to put it on the calendar [for hearing the case],” Hasim Kilic, the court chairman, said after receiving the report.

The party has rejected the charge that it is seeking to impose Islamic rule on the predominantly Muslim but officially secular country and points to its record in office as proof.

Turkey’s financial markets have been unsettled by the case, which has caused months of political uncertainty and raised the prospect of an early parliamentary election if the AK party is closed. 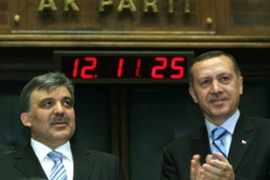 The Constitutional Court upholds an opposition appeal against the Islamist nominee. 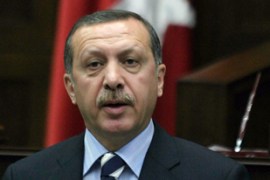 Representatives of the ruling party deliver arguments against being disbanded. 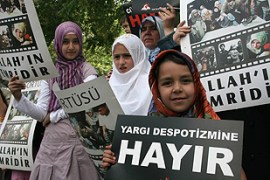