The group called for changes – including tightening criteria for adding names, giving travellers a right to challenge their inclusion, and improving procedures for taking wrongly included names off the list.

Barry Steinhardt, ACLU’s technology director, said the list illustrated the US administration’s approach to security was “unfair, out-of-control [and] a waste of resources” which ” treats the rights of the innocent as an afterthought”.

In his comments to Al Jazeera, Gartenstein-Ross, whose think tank was founded shortly after the September 11, 2001 attacks on the World Trade Centre, defended the controversial list.

“It was put in place mainly because of what we saw on 9/11,” he said, refering to the World Trade Centre attacks, at which time the “no-fly” list contained just 16 names.

“Two of the hijackers were known by the CIA to be involved in terrorist activity, but there was no co-ordination between different branches of government, and security, so they got in.”

Gartenstein-Ross, though, agreed the list needed to be reviewed.

“People who are a threat need to be on there, not people who might have made comments critical of the US,” he told Al Jazeera.

“Often Muslim scholars or well known personalities have criticised the US in their work, and although they don’t pose a threat, they have been stopped at US airports.”

He said: “It’s not an issue of getting rid of the list, the list is needed – It’s an issue of making it more streamlined.”

The administration of George Bush, the US president, has called the list one of its most effective tools implemented since the World Trade Centre attacks. 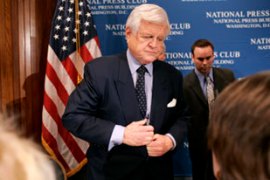 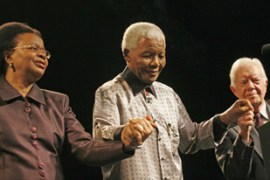 South African president had been placed on watch list for his ANC membership.

A London-to-Washington flight has been diverted after US officials issued a security alert that passenger Yusuf Islam, formerly known as the singer Cat Stevens, was on board.