The Russian exercises were planned a year ago and “are in no way related to the US-Georgian activities,” Igor Konashenkov, a Russian army spokesman said.

Moscow has also been angered by Georgia’s moves to join the Nato.

Nana Intskirveli, a spokeswoman for the Georgian defence ministry, said the exercises were taking part under the auspices of the military alliance.

She said Armenian, Azerbaijani and Ukrainian staff officers were are also taking part in the exercises, which will last for three weeks.

Konashenkov said the Russian exercises were in part designed to prepare forces for peacekeeping work in Abkhazia and South Ossetia.

“In connection with the aggravated situation of the Georgian-Abkhazian and Georgian-Ossetian conflicts… we will also work on participation in special operations to bring peace to zones of armed conflicts,” he said.

Around 700 pieces of military hardware will be used during the exercises, he said. 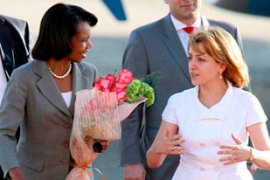 Ambassador to return to Tbilisi as tensions mount over breakaway regions.