“Everybody know that Sudan has not ratified membership of the ICC … it is not a member of the ICC and [the court] has no jurisdiction over Sudan,” Taha said on Monday.

Taha said that Moreno-Ocampo’s attempt to have al-Bashir arrested was politically motivated.

Ban Ki-moon, the United Nations secretary-general, has said that he is “very worried” by what could happen in Darfur should al-Bashir be formally indicted.

“It would have very serious consequences for peacekeeping operations including the political process,” he said in a interview published in Le Figaro newspaper on Monday.

“I’m very worried, but nobody can evade justice,” he said.

Stephen Cole, Al Jazeera’s correspondent in The Hague, said that Ban contacted al-Bashir after Moreno-Ocampo began his attempt to have the Sudanese leader arrested.

“What I do know is that the UN secretary-general Ban Ki-moon rang al-Bashir to say that he has no power over Moreno-Ocampo. Perhaps Ban is washing his hands or distancing himself from the allegations,” Cole said on Monday.

“But although this court has prosecutors and judges, it does not have a police force. It has to rely on the good will of the country [where the accused is resident] to bring the accused to The Hague.”

The United States has also urged for all parties to “maintain calm” in light of the ICC prosecutor’s request.

Khartoum does not recognise the ICC and has already refused to surrender two other war crimes suspects.

“If there is a decision about President [al-Bashir], it may destroy the peace process,” Al-Samani al-Wasila, state minister for foreign affairs, said last week.

Mohammed Adow, Al Jazeera’s correspondent in Khartoum, said that news of Moreno-Ocampo’s move against al-Bashir is “not going down well with the government or among civilians” in the Sudanese capital.

“Yesterday the ruling National Congress party said if that Moreno-Ocampo was to ask the ICC to move against al-Bashir, tensions would increase in Darfur. People there have suffered all sorts of atrocities against them for five years. There are concerns now that the peace process in Darfur could be affected,” he said.

Arab and African leaders have also expressed concern over any attempt to apprehend al-Bashir for any alleged involvement in war crimes.

Jakaya Kikwete, the Tanzanian president and chairman of the African Union, on Monday warned of serious unrest in Sudan if the International Criminal Court indicts al-Bashir.

“If [al-Bashir] is indicted and taken, there will be a power vacuum in the Sudan and that risks military coups and widespread anarchy reminiscent of what is happening in Iraq,” Bernard Membe, Tanzania’s foreign minister, said on behalf of Kikwete.

The Arab League said it will hold a crisis meeting on Sudan and the Organisation of the Islamic Conference has warned of “grave ramifications” should al-Bashir be formally indicted.

China’s UN ambassador said that plans to issue a warrant for al-Bashir would put peace prospects “in jeopardy”.

There are fears that arresting al-Bashir could strengthen the hand of fighters based in Darfur who attacked the capital in May. They have welcomed news of the ICC move to indict al-Bashir.

A faction of the Sudan Liberation Army (SLA) said on Monday it was a “victory for humanity in Darfur” and the “beginning of liberty in Sudan”.

SLA fighters are prepared “to carry out any tasks to arrest and extradite war criminals to the international court,” Mahgoub Hussein, an SLA spokesman, said in a statement.

And a commander with the Justice and Equality Movement (Jem), said the movement was pleased to hear the news.

“We have been waiting for this moment for a long time, so today we are celebrating, we are very happy,” he told the AFP news agency.

The UN says up to 300,000 people have died since the Darfur conflict broke out in February 2003. The Sudanese government puts the death toll at 10,000. 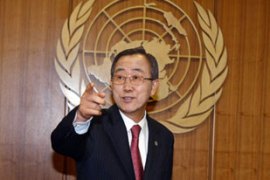 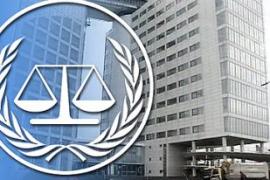