A group of French veterans accuse Syria of being behind a 1983 bomb attack on a Beirut building that killed 58 French soldiers and said al-Assad was not deserving of an invitation to France’s national fete.

French soldiers should not file past al-Assad during the march down the Champs Elysees, Jean-Luc Hemar, head of the Association of Veterans from Camp Idron in central France, said.

“We feel uneasy about this,” he said, especially since some of the soldiers graduated from a military academy named in honour of one of the victims of the Drakkar bombing.

“Drakkar will cast a shadow over the 14th of July,” he said.

Francois Hollande, the opposition Socialist leader, said Bastille Day festivities were being “tainted by controversy” over al-Assad’s presence for celebrations marking the storming of the Bastille in 1789 at the start of the French Revolution.

But Sarkozy defended on Sunday his decision, saying that the 1983 lorry bombing of the Drakkar building in Beirut was carried out by the Iranian-backed group Hezbollah and not Syria.

Bernard Kouchner, France’s foreign minister, said last month that he was “not particularly pleased” by al-Assad’s presence at the national fete.

Jacques Chirac, the former president, who cut off high-level ties with al-Assad over the 2005 assassination of Rafiq al-Hariri, the former Lebanese prime minister and a close personal friend, will be conspicuous by his absence from the event.

Officials have denied that Chirac’s decision to stay away was linked to al-Assad.

Betancourt, 40, spent six years in the hands of the Colombian armed group known as FARC.

Sarkozy presented the award at the Bastille Day garden party, saying that other hostages around the world must still be freed. 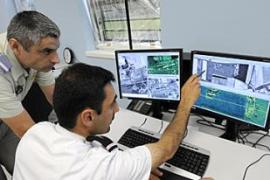 Proposals seek to strengthen intelligence and prepare for a return to Nato command.