But sources close to the deal told the AFP news agency that Adic paid $800 million for the building.

Tishman Speyer Properties, a privately held New York real-estate firm, which owned the remaining 25 per cent stake is also reported to have sold part of its stake to Adic.

The 77-storey midtown Manhattan landmark opened in 1930, and was briefly New York’s tallest tower before the Empire State Building was completed a year later.

The building, designed by the architect William Van Alen, was erected between 1928 and 1930.

The Chrysler Building and its extensive office space was originally constructed for the Chrysler car company.

Adic has more than $800bn of assets under management and made a $7.5bn investment in Citigroup, one of America’s biggest financial institutions, last November. It does not usually publicise its operations.

Investment groups from the UAE have purchased and sold a number of high-profile New York buildings in recent years. 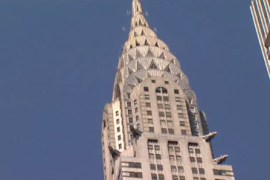 US economic slowdown is encouraging a spending spree by foreign investors.

Dubai Holding has announced that it has acquired a $1 billion stake in DaimlerChrysler, making it the third largest shareholder in the German-US auto giant. 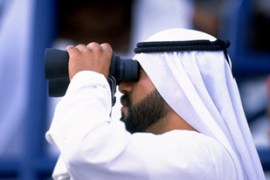