The test came as Iran stepped up the rhetoric in its warnings of retaliation if attacked and conducted a military exercise in the Straits of Hormuz.

“The aim of these war games is to show we are ready to defend the integrity of the Iranian nation,” Hossein Salami, Revolutionary Guards air force commander, was quoted as saying.

“Our missiles are ready for shooting at any place and any time, quickly and with accuracy. The enemy must not repeat its mistakes.  The enemy targets are under surveillance.”

But despite the threats, Robert Gates, the US defence secretary, said the US and Iran were no closer to a military confrontation.

“The reality is there is a lot of signaling going on, but everybody recognises what the consequences of any kind of a conflict would be,” he said.

Israel, which recently staged war games in the Mediterranean that were reportedly practice runs for an attack on Iran’s nuclear facilities, also denied that is was seeking a conflict with Tehran.

“Israel seeks neither conflict nor hostilities with Iran, but no one in the international community should remain indifferent to Iran’s nuclear programme and Iran’s ballistic missile programme,” Mark Regev, an Israeli government spokesman, said.

The test launch came on the same day that a US foreign affairs commitee began delivering a report on the state of relations between the US and Iran.

Iran has repeatedly denied accusations that it is developing a nuclear programme in order to build atomic weapons, and earlier this week it sent a response to a  package of economic incentives aimed at pushing it to halt uranium enrichment.

EU officials have said they are still evaluating the response, but Tehran has insisted it will not suspend enrichment. 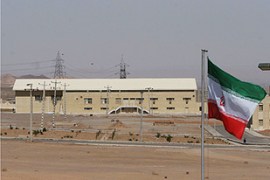 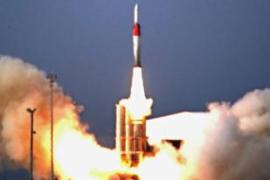