There has been a sharp increase in the numbers voting in preisdential elections – in 1980 2.45 million voted, but by 2004 that number had risen to 7.59 million.

During the primaries, Hillary Clinton enjoyed strong support from Latino voters, leading some analysts to suggest that a “sleeping giant” of American politics had woken up.

The two candidates are scheduled to make three appearances before Hispanic audiences in the next month, underlining the potential importance of the community’s role in November’s election.

Both men support reform and eventual citizenship for an estimated 12 million illegal immigrants, and McCain was one of the few Republican senators to back a comprehensive immigration plan which contained an amnesty for such people.

“It will be my top priority yesterday, today and tomorrow,” McCain told the conference. “We have to secure our borders … but we must proceed with a temporary worker programme that is verifiable and truly temporary.”

The Republican candidate’s speech to the National Association of Latino Elected and Appointed Officials (NALEO) was interrupted several times by hecklers from an anti-war protest group.

“One place where Senator McCain used to offer change was on immigration,” he said. “He was a champion for comprehensive reform, and I admired him for it.”

“But when he was running for his party’s nomination, he walked away from that commitment and he’s said he wouldn’t even support his own legislations if it came up for a vote,” he told delegates.

Like McCain, the Democrat was asked how much importance he attached to the issue: “It will be one of my priorities on my first day because this is an issue that we have demagogued,” he replied.

The McCain campaign later issued a statement accusing Obama of trying to kill the 2007 Bill by voting for amendments that its Democratic sponsors opposed.

Both campaigns realise the importance of the Hispanic vote, with an estimated 20 million people eligible to vote in 2008.

With 8 million Latinos not yet registered to vote, the majority of these aged under 35, latin music celebrities have been drafted in by both campaigns to target them, along with advertising on radio, television and on the internet in Spanish.

“The Latino vote is not a monolithic vote, and the candidates cannot take it for granted”, William Ramos, head of the NALEO, told Al Jazeera. “We expect 9.2 million Latinos to go vote and that’s what  important here, that the voice of the Latino community is heard.”

But he says that while immigration motives Hispanic voters, they have the same concerns as all other Americans.

“The economy, schools for their children, owning a home, jobs and the war in Iraq; a lot of Latinos are in the armed services and are suffering in the war in Iraq,” he said. “Immigration motives them to go vote simply because of the tenor and the negative tone of the immigration debate in this country.”

In 2004, George Bush won more than 35% of the Hispanic vote, a record for a Republican candidate, but current polling shows them two-to-one in favour of the Democrats, but with a large proportion still undecided. 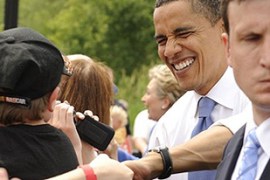 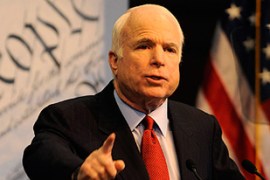 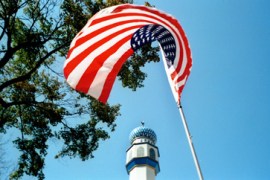 US Muslims call on Obama for change