“This has been done in the spirit of the president’s wish to reach out, a spirit to engage with the opposition as he has already indicated,” George Charamba, a government spokesman, said.

Nelson Chamisa, the spokesman for the opposition MDC, told Al Jazeera on Sunday that Zanu-PF and Robert Mugabe had stolen the election and that Tsvangirai would not attend the inauguration of president Mugabe.

“How do you expect Tsvangirai to attend a ceremony where he is supposed to be the one inaugurated?” he said.

“It is clear that Robert Mugabe cannot win any election other than the one where he is contesting alone – like this one, which is a sham.”

Al Jazeera’s Mike Hanna, reporting from Johannesburg, the South African capital, said there was a shift in the opinion of many African leaders on Zimbabwe.

“In recent weeks a large number of African leaders have broken their silence and in particular and most importantly we have heard from African states that have been very close allies of Mugabe in the past such as neighbouring Angola, where president Eduardo dos Santos was the first to break the silence.

“We have heard a similar message from Zambia and the prime minister of Kenya go so far as to suggest that African troops should be sent to Zimbabwe.”

Tsvangirai won the first round of Zimbabwe’s election on March 29, falling just short of the 50 per cent threshold needed to avoid a run-off.

But Mugabe stood unopposed in the second round run-off which took place Friday after Tsvangirai boycotted the poll complaining of violence and intimidation towards his supporters.

Zimbabwe’s one-man presidential election was branded a farce by many and prompted calls for the African Union to shun Mugabe at its meeting on Monday.

In Egypt, the African Union’s Peace and Security Council (PSC) was set to discuss the situation in Zimbabwe in a closed-door session prior to Monday’s AU summit.

El-Ghassim Wane, the AU commission spokesman, said Zimbabwe was not on the agenda of the PSC meeting but that it would certainly be raised.

“The agenda includes an opportunity for each member state to put forward a subject they are interested in for discussion, so you can imagine that Zimbabwe will be mentioned,” he said.

International criticism of Mugabe has grown since the election and African nations have also begun to condemn the Zimbabwean leader.

A group of African politicians who observed the election called the atmosphere in Zimbabwe during Friday’s vote as “tense, hostile and volatile” and called for a new round of polling.

Human Rights Watch said it had documented numerous incidents of voters being coerced into taking part in the run-off election and of others being attacked after polling was completed.

The US-based group also called on African leaders to impose sanctions against Zimbabwe’s government and refuse to recognise the legitimacy of Mugabe’s victory.

The United States and a number of European powers pushed for a UN security council resolution that would have stated the results “could have no credibility or legitimacy”, but South Africa blocked the move, arguing the Security Council was not in the business of certifying elections.

The council instead merely issued an oral statement expressing “deep regret” that the election went ahead after widespread calls for it to be shelved.

Afterwards Tsvangirai accused Thabo Mbeki, the South African president and Zimbabwe mediator, of lobbying for Mugabe to be recognised as a legitimate head of state. 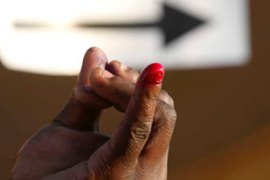 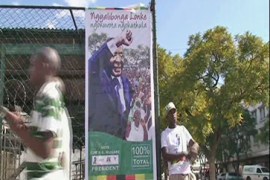 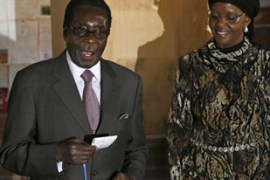 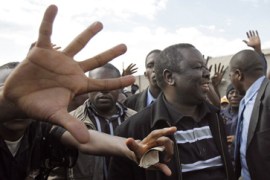