The truce between Israel and Palestinian factions in Gaza, which came into effect on June 19, does not extend to the West Bank.

Under the truce, Hamas is supposed to stop cross-border rocket fire by Palestinian groups while Israel is to gradually ease its embargo on Gaza and halt military raids.

Israel closed the Gaza crossings after the Palestinian Islamic Jihad group fired rockets across the border last week, an attack it said was retaliation for the killing of one of its leaders in the occupied West Bank.

The Nahal Oz fuel terminal reopened on Friday after being shut for two days. Officials say there have been no security violations in the past 24 hours.

In addition to the opening of Sufa on Sunday, Israeli officials had said Karni crossing would be reopened, but later reconsidered.

Peter Lerner, an Israeli spokesman, said: “We finally decided to only reopen Sufa for the time being.”

The Erez passenger crossing, used mainly by diplomats and journalists, has remained opened since June 22, but is largely inaccessible to ordinary Palestinians.

Islamic Jihad has warned it might retaliate for Israeli attacks in the West Bank, such as the killing of Doraghmeh on Sunday.

However, Ghazi Hamad, a Hamas spokesman, told Al Jazeera that Islamic Jihad would abide by the truce.

UN sources say that since the truce started, Israeli forces have fired into the Gaza Strip at least eight times, wounding two people. Palestinian fighters have fired rockets and mortar bombs into Israel at least three times, according to the Israeli military, but there have been no reports of injuries.

Israel sharply cut back on the supply of goods into the Gaza Strip a year ago, after Hamas took control of the strip from forces loyal to Mahmoud Abbas, the Palestinian president, and his Fatah faction, which controls the West Bank.

“I think the situation is still difficult because not all the crossings are yet open. Essential items … still come in drop by drop,” Hamad said. “Gaza is still a prison.”

Rafah, the only Gaza crossing that bypasses Israel, has been closed since 2006, although Egypt has allowed some medical patients to cross the border. Palestinians in Gaza were, however, able to force the crossing open temporarily last January. 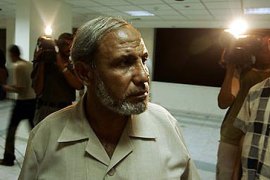 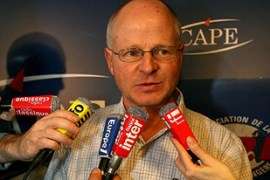