“We recognise the need for all parties to avoid violence and find a solution through dialogue.

“As a long-standing friend of China I intend to have a straightforward discussion with China’s leaders on this.”

Rudd’s comments and visit come as the authorities in Tibet said Chinese police had detained 953 people suspected of involvement in last month’s violent protests in the Tibetan capital, Lhasa.

Qiangba Puncog, the chairman of the Beijing-appointed Tibet Autonomous Region government, said on Wednesday that the rioters were “an extremely tiny minority” of Tibetans and “do not, and cannot, represent Tibet and the Tibetan people”.

Minority or not, however, Tibetan Buddhist monks continued to make their voice heard on Wednesday.

A group of about 15 monks interrupted a state-sponsored media tour of a riot-hit region of western China, yelling that they had no human rights.

In the second such incident in as many months, the monks burst out of a building at the Labrang monastery in Xiahe, in Gansu province, and rushed across a plaza to a group of 20 Chinese and foreign journalists.

“The Dalai Lama has to come back to Tibet. We are not asking for Tibetan independence, we are just asking for human rights, we have no human rights now,” one monk told the reporters in Chinese.

They said monks were still being held by authorities and that armed plainclothes agents were stationed throughout Xiahe.

Rudd, the highest-profile Western leader to visit China since unrest erupted in Tibet last month, is a fluent Mandarin speaker, a skill that has already put him in China‘s good books.

But his public voicing of concerns over human rights in the Himalayan region, as well as touching on other controversies, threatens to hurt his efforts to enhance ties with China on his four-day visit.

China had already raised its concerns about previous comments by Rudd in which he called for the Chinese government to resume talks with the Dalai Lama, Tibet‘s spiritual leader in exile whom Beijing blames for fomenting the unrest.

An Australian foreign affairs department spokesman said earlier on Wednesday that “Australian and Chinese officials have discussed the comments and our differences over Tibet“.

“The Australian government stands by its comments on Tibet,

which reflect our firm and strongly held views,” the spokesman added.

China‘s leaders deny they are responsible for any human rights abuses in Tibet, and say their 57-year control of the region has benefited its people.

But Beijing is facing increasing pressure as pro-Tibet protesters have disrupted the Olympic torch relay in London and Paris so far and threaten to do so again in San Francisco on Wednesday.

The government is likely to welcome Rudd’s rejection of any Olympic boycott, however.

“I believe the Olympics are important for China‘s continuing engagement with the world,” Rudd said on Wednesday.

But the Australian leader, citing prior commitments, will miss the Olympic torch relay if it makes its scheduled leg in Canberra on April 24.

Rudd’s diplomatic skills will also be tested over balancing rising Australian concerns about the types and amounts of Chinese investment in the country with a fear of offending a valued resource buying customer. 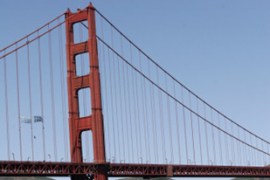 Flame arrives in San Francisco after protests mar visits to Paris and London. 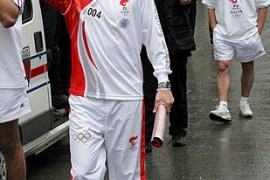