In his inaugural address before parliament, Sarkisian said: “This ceremony takes place about a month after painful events, which inflicted wounds that are still fresh.”
“These wounds caused pain and bitterness to all of us. Today, I urge everybody to look forward, together, to seek and find the path of reconciliation, of development, for the future of Armenia.”

Following the presidential election, clashes erupted when riot police moved in to disperse protesters on March 1.
Seven civilians and one security officer were killed and dozens were injured, many from gunshot wounds.
A 20-day state of emergency imposed after the unrest was lifted on March 20, but tough restrictions on public demonstrations remain in place.
Police have arrested 90 people in connection with the unrest, including many senior opposition figures.
Western observers issued an overall positive assessment of the February 19 election, but noted serious flaws, especially during the vote count.
The 53-year-old had been prime minister since last year after his Republican Party swept parliamentary polls.
The former Soviet republic, a Christian state of around three million people, lies on the edge of the Caucasus region and is a key energy transit route between Asia and Europe.
Source: News Agencies 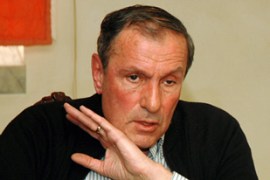 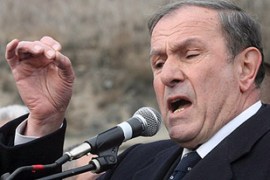 Troops deployed amid efforts to mediate in the ex-Soviet state’s gravest crisis. 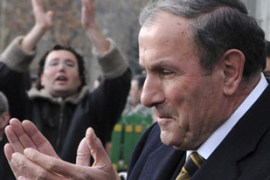 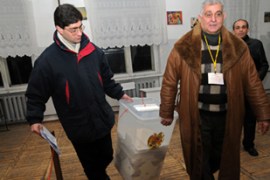 With 97.5 per cent of votes counted, Sarkisian looks set to avoid runoff vote.