China is certainly exhibiting a more nuanced approach to the media compared to its past use of unabashed propaganda, heavy censorship and outright news blackouts.

Since the start of this year, China has allowed foreign reporters to travel and report more freely across most of the country, lifting restrictions that had required journalists to seek government permission to report outside their base city.

Under the new rules, reporters need only the agreement of the person they are interviewing.

But unrest in Tibet is making it a difficult balancing act.

China‘s leaders are finding that greater freedom given to foreign journalists can lead to greater criticism of their continued one-party rule.

In some instances, critics of China‘s government are finding it easier to overcome government restrictions to speak to foreign journalists.

Al Jazeera was able to speak to Bao Tong, the senior aide to Zhao Ziyang, who was ousted as Communist party chief in 1989 for opposing the Tiananmen crackdown, in this freer environment.

And the fierce government critic made it clear what he thought of the government’s approach to the media.

“The government wants all the domestic and foreign media to say exactly what it tells them, to report positively what it regards as positive, and report negatively on things it regards as bad,” Bao told Al Jazeera’s Tony Cheng.

“It doesn’t allow different opinions … they’re so used to doing it this way … and it’s so harmful.”

Al Jazeera’s own experience in covering the Tibetan unrest showed that a gulf still exists between the theory of media freedom and the reality.

Plainclothes police picked up our camera crew in Qinghai province, thousands of kilometres from Lhasa, and escorted the team away from the Tibetan plateau without any explanation.

The Chinese government has been making concerted efforts to manage the foreign media.

After the Lhasa riots, the government did organise a tightly controlled overseas press visit to Tibet which was open to a small group of journalists.

But as evidence of the limits of that control, a group of monks interrupted the delegation outside the Jokhang temple in Lhasa to shout for freedom for Tibet and the return of the Dalai Lama, Tibet‘s spiritual leader in exile.

Reporters Without Borders, a press freedom advocacy group, obtained a classified memo from Chinese sources that sets out rules for government officials to follow when dealing with foreign journalists before and during the Olympic Games.

The groups says the plan has positive elements such as training officials and holding news conferences for foreign journalists, but it also entails serious obstructions to the free flow of news.

Provincial officials are ordered to “influence coverage” on public emergencies and crises, while “positive propaganda must be reinforced” with a view to catching the attention of foreign journalists.

But Jin Cangrong, an international relations specialist at Peking University, said all governments manage the media.

The only difference with China‘s approach is that it is not yet as sophisticated as Western countries, he told Al Jazeera.

“In every US government textbook, there will be one section about politics and the media, and chapter one will be ‘media shaping’,” he said.

Jin was critical of the Western media’s reporting of China‘s crackdown on unrest in Tibet.

“The bias of Western media reporting on events in Tibet is based on Western arrogance and zero knowledge of events in China,” he said.

“In fact, a number of Han and Muslim Chinese were killed during the riots. But the Western media says they were peaceful demonstrations.

“This is not surprising because of Western fears over China and its rising power.”

Conditions in Tibet before China‘s rule were miserable, and any social changes there, have been caused by modernisation rather than by social suppression, he said.

The dearth of information coming out of Tibet, where the government initially imposed a lockdown and still maintains tough restrictions, has contributed to the very different reports in Chinese and Western media.

The Chinese government portrayed the upheaval as a violent conspiracy masterminded by the Dalai Lama.

Within days of the unrest, China‘s Central Television released a video of what it described as “the March 14 beating, smashing, looting and burning incident”.

China reported a total of 20 deaths during the unrest, 19 of which occurred in Lhasa.

But exiled Tibetan leaders in India accuse China of using excessive force to quash what they said were initially peaceful protests.

Yuen-Ying Chan, the journalism and media studies director at the University of Hong Kong, said negative reports of China‘s crackdown in Tibet has stirred anti-Western feelings in China.

Chan said Western journalists had made mistakes in reporting on Tibet, citing the case of a German television station that incorrectly labelled Nepalese police beating pro-Tibetan activists in Kathmandu as being Chinese authorities doing the beating.

But part of the problem, Chan said, was that “Chinese authorities’ management of China‘s own media is that they are wavering erratically between openness and restriction”.

“In the case of Tibet, Chinese people are not able to gain unhindered access to international reporting, which can actually be quite nuanced.

“So they gain a blinkered view, which is simplistic and tends to whip up self-defeating nationalist fervour.”

Chan, an advocate of greater press freedom in China, is pessimistic about how Beijing will manage the foreign media during the Olympics, given its recent approach in Tibet.

Amnesty International has actually reported a deterioration of China‘s human rights record in the run-up to the games.

It contends that rights activists, journalists, and dissidents are presently being targeted “not in spite of the Olympics but actually because of the Olympics” as part of a desire to present an image of “harmonious relations”.

So the jury is still out on whether China‘s staging of the Olympics will serve as a catalyst for increased social freedom and transparency. 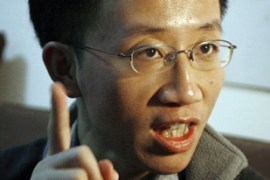 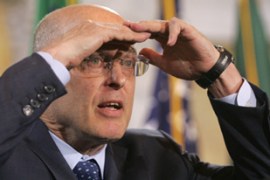 US treasury secretary has called on Beijing to end the violence through dialogue.

Monks who disrupted media visit will not be punished, China tells diplomats. 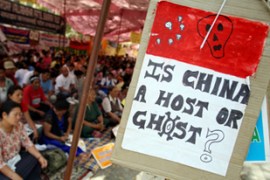