The summit said it would review the decision in December.
Czech deal

Georgia nonetheless welcomed the assurance of eventual membership in Nato, calling it “historic”.

Giorgi Baramidze, Georgia‘s minister for Euro-Atlantic integration, said: “The decision has been made to accept us moving toward Nato.”

The communique declaring Nato’s support for the shield calls on all Nato members to explore ways in which the planned US project, to be based in Poland and the Czech Republic, can be linked with future missile shields elsewhere.

“The radar will be linked to other US missile defence facilities in Europe and the United States,” the statement said.

The document calls on Russia to accept US and Nato offers to co-operate on the system, which will also involve 10 interceptor missiles based in Poland.

Decisions on which ex-Soviet states would be permitted membership action plan (Map) status, which puts applicants on a clear path to membership, were also made.

Macedonia was refused by Greece‘s veto in a dispute over the former Yugoslav republic’s name. The Greeks consider the Macedonian membership a claim on their northern provinces of the same name.

Albania and Croatia, however, have been officially invited to join.

Meanwhile, Nicolas Sarkozy, the French president, announced that he will decide in the coming year on whether to return to Nato’s military command, which Paris quit in 1966.

He also announced that about 700 more troops would be sent to Afghanistan.

Nato’s backing of a US missile defence system in Poland and the Czech Republic has been harshly condemned by Vladimir Putin.
The Russian president will be making his first appearance at this year’s summit to express his fears of a new arms race.
Jaap de Hoop Scheffer, Nato’s secretary-general, said: “If President Putin comes to Bucharest with an open mind, it should be possible for us to advance a broader Nato-Russia relationship.”
Nato says its eastward expansion will not threaten Russia.
Source : News Agencies 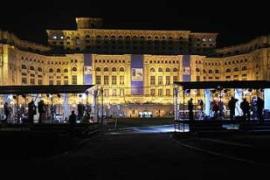 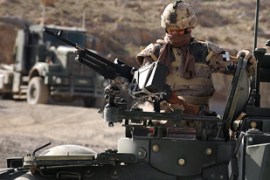 US president says more troops are needed if Taliban is to be stopped from regrouping. 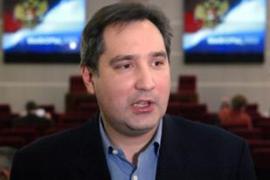 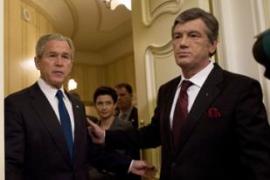 US president says Russia will not have “veto” over Kiev’s attempt to join alliance.