“If you’re living in Nablus for example – where the siege is very strict – and you need to get to a hospital or university inside Nablus city it will take you sometimes hours to get there when it should take you no more than 15 minutes.”
The attack in the library of the Merkaz Harav Jewish religious school shattered four years of relative calm in Jerusalem.
Funeral march
On Friday, thousands of mourners marched in funeral processions outside the seminary, where eight students were shot dead by a man identified as Alaa Abu Dheim, a 25-year-old Palestinian from occupied east Jerusalem.

Abu Dheim’s family said he had been distraught over last week’s carnage in the Gaza Strip.

A rabbi at the seminary, a flagship of Israel’s West Bank settlement movement, recited Hebrew psalms that the crowd repeated.
Israel has continued to build settlements on occupied land, illegal under international law, and in contradiction of its stated commitment to the road map peace plan.
Israel prevented men under 45 years old from praying at Jerusalem’s main mosque as part of its restrictions.
Washington has insisted that fighting not be allowed to affect the peace process and and Israel has said, despite the shootings, it will continue to hold talks with the West Bank’s Palestinian leadership.
Mahmoud Abbas, the Palestinian president, briefly suspended talks after more than 130 Palestinians were killed, including large numbers of civilians, in an Israeli campaign against Palestinian rocket launchers in the Gaza Strip.
Abbas later backed down under pressure from Condoleezza Rice, the US secretary of state.
Al Jazeera’s Odeh said the latest incident could prompt greater willingness to negotiate.
“The political buzz in the Palestinian territory is that this attack has really awakened the politicians on both sides to a reality – the status quo will not work and they need to work on reaching a ceasefire,” she said.
“This is the second attack [inside Israel] in one month, something that Israelis haven’t seen in a very long time. They don’t want to be subjected to that again. The calls for a ceasefire, mutual and reciprocal between Israelis and Palestinians, will be a lot stronger.”
Odeh was referring to a suicide attack in the Israeli town of Dimona that killed the bomber and one other person.
Possible ceasefire
Egypt, backed by the US, is exploring a truce deal between Israel and Hamas that would stop rocket fire on Israel in exchange for an end to Israeli attacks and the resumption of trade and travel from Gaza, where border crossings have been closed since Hamas seized control of the territory in June.
But the continuing assaults has undermined ceasefire hopes and raised the possibility of more Israeli attacks on Gaza, especially if Hamas was behind the seminary shootings.
Hamas radio said on Friday it took responsibility, but later retracted the report, while Israeli television stations said security officials believed the man may have acted alone.
However, it is virtually impossible for a Palestinian Jerusalem resident to obtain a weapon legally, raising the likelihood he received some assistance.
Abu Dheim’s relatives said they did not know of his plot, but were not surprised as he had been transfixed recently by the bloodshed in Gaza.
“He told me he wasn’t able to sleep because of the grief,” said Iman Abu Dheim, his sister.
Source : Al Jazeera, News Agencies 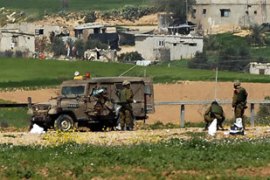 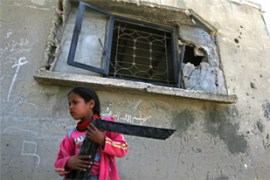 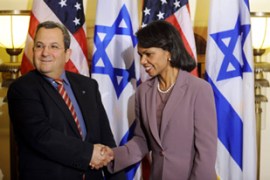 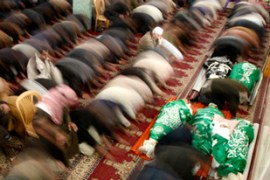