William Quandt, professor of political science at the University of Virginia, believes that by signing the 1979 peace treaty, then-Egyptian president Anwar Sadat correctly read the trends in the region.

Quandt, who participated in the negotiations that resulted in a peace treaty between Egypt and Israel, said the treaty was a blow to pan-Arabism, but was certainly not as fatal as the Arab defeat during the 1967 war.

Al Jazeera: Do you think that the 1973 war paved the way for the Camp David peace accords?

Quandt: Yes, Sadat seems to have felt that he needed to prove himself on the battlefield before engaging in negotiations for a final agreement. The war also seems to have convinced him that he could not afford to subordinate Egyptian interests to a broader notion of pan-Arabism, nor could he count on the Soviets.

Other Arab countries together with the Palestinians felt betrayed by Egypt’s move. Did Sadat intend to make a separate peace with Israel? Or did he truly envision a comprehensive settlement of the Arab-Israeli conflict as he announced?

I cannot say what was going on in Sadat’s head, but his initial commitment to a comprehensive agreement, or at least to general principles for peace that would be applied to each front, seemed genuine to me.

But, as time went on and he became more aware of how adamantly other Arab countries opposed peace with Israel, he seems to have become more of an Egypt-firster. He also resented the fact that other Arab leaders were criticising him for not being a good Arab, and he responded by treating them with contempt.

How did the 1979 peace treaty affect inter-Arab relations?

Pretty clear – Egypt was largely isolated; the Arab League was moved to Tunis; and Saddam tried to fill the vacuum by pretending to be the new Nasser.

If Sadat had not signed the peace treaty, do you think that Arabs would have had a unified Arab stance?

No, the Arab stance was fragile at best, and since the 1967 war there was little left of the big Arab unity project; maybe even after the breakup of the United Arab Republic, it was clear that integral Arab unity was not in the cards.

Do you think that the peace treaty was a blow to Arab nationalism?

Yes, but not the first, and not the most fatal – breakup of the United Arab Republic and 1967 were more significant.

Less than 30 years after signing the 1979 peace treaty, almost all Arab countries have some sort of diplomatic ties with Israel. Do you think that Sadat was a visionary?

I would not use the word visionary, but I think he correctly read the trends in the region – the decline of Soviet power vis-a-vis the United States; Israel as a fact of life; no real prospects for Arab unity; huge costs to Egypt of staying on a confrontational course. He was at least as much a realist as a visionary.

In your opinion, who benefitted the most from the peace treaty? Egypt – by ending the cycle of war with Israel; or Israel – by neutralising a major Arab country?

They both benefitted, but probably Israel benefitted more.

Some observers describe the peace between Egypt and Israel as a “cold” one. Do you think that the peace treaty has served any useful purpose? Or has it merely alienated the ruling regimes from the masses?

It has been good for those who crafted it – Israel, Egypt and the United States.

Without it, there would have been more costly wars. But, no doubt, others in the region felt let down. But, the myth that Egypt would somehow lead the Arab world to the liberation of Palestine and the achievement of unity had always been mostly myth.

Some people find it hard to give up the dream. But, that does not mean that clinging to the dream would necessarily make them happy.

If Egypt had not signed the peace treaty, what would have been the situation in the Middle East today? 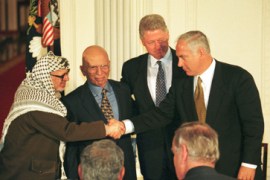 Milestones of war and peace

A timeline of key events in the Arab-Israeli peace process since 1967. 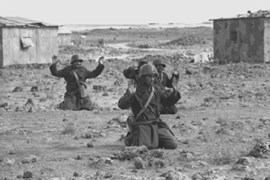 Egypt risked all during the 1973 war, but the Arab world suffered further disunity. 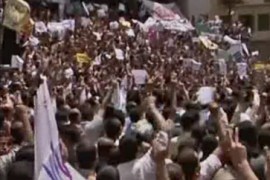 Islamists and nationalists have had a tense relationship since the 1920s. 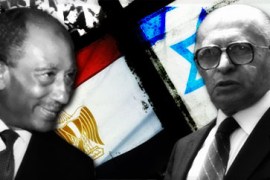 Peace after the Yom Kippur War?

In the 1970s, the Arabs and Israelis fought wars but Egypt soon sued for peace.