“I’ve had a few allegations and, in my opinion, they were credible,” Nowak told The Associated Press, adding that he could not disclose any of his sources.

Nowak said he did not know how many suspects had been held on the island, but prisoners were purportedly kept at Diego Garcia for “short periods of time”.

Al Jazeera’s Mark Seddon, reporting from London, said the revelations would add further pressure on both the US and UK governments to fully disclose activities on Diego Garcia.

British legislators. he said, were demanding answers over the allegations.

The British government has admitted that the US had used Diego Garcia as a refuelling stop for the secret transportation and detention of two terror suspects, but it strenuously denies that the island was used to detain “high value” prisoners under the US extraordinary rendition programme.

But the CIA was recently forced to issue an “official apology” for two rendition flights containing terror suspects that landed on the US military base on the island, saying information previously provided “turned out to be wrong”.

Last month David Miliband, the British foreign minister, revealed in parliament that recent talks with Condoleezza Rice, the US secretary of state, indicated two suspects on flights to Guantanamo Bay and Morocco in 2002, has a stopover at Diego Garcia.

But Miliband said the US had expressly denied that Diego Garcia was a detention centre.

Britain is the first Western European government to directly acknowledge that one of its territories was used in the so-called renditions carried out by the US government.

Human rights groups argue that the practice of sending detainees to third-party countries opens the door for the torture and interrogation of suspects outside international law.

The European parliament and the Council of Europe accuse 14 countries of colluding with the CIA to transport terror suspects to clandestine prisons in third countries.

On Thursday, the high court of England and Wales, granted an injunction to prevent Ben Griffin, a former member  of the UK’s special forces, from making any further disclosures relating to his allegations regarding the use of British territory and airspace for the secret detention and transportation of ‘terror’ suspects.

Following the injunction, Anne FitzGerald, a senior adviser at Amnesty International, the human rights group, said: “Rather than seeking to silence people who might have credible evidence of alleged human rights violations, which may include war crimes, the UK authorities should be seeking to investigate those allegations.”

“Amnesty International repeatedly makes calls for the UK to ensure that full and independent investigations are carried out wherever there are credible allegations that agents of the UK, including members of the armed forces, may have been responsible for grave violations of human rights law or for war crimes.

“Those calls all too often go unheeded: only last week Amnesty International repeated its call for such an investigation into the UK’s alleged involvement in the US-led programme of renditions and secret detention, following official confirmation, after years of denial, that rendition flights did indeed touch down in the UK territory of Diego Garcia.”

“There can be no accountability without transparency: people – including former soldiers – who have information that may constitute evidence of war crimes or of grave human rights violations must be reassured that they can safely make that information public, without fear of punitive legal action against them.

“If the government of the UK succeeds in gagging Ben Griffin and burying any significant information he may possess, it risks preventing others from coming forward who may have evidence of serious violations.”

Poland and Romania accused of not clarifying role in secret CIA programme. 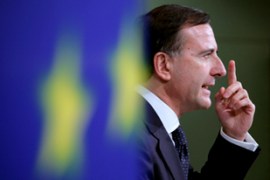 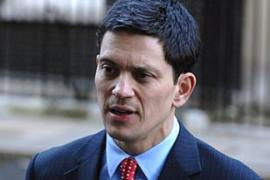 Judge rules that national security could be threatened if lawsuit goes ahead. 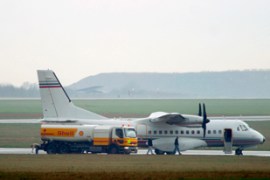 Denmark to question US on “unacceptable” use of a Danish airport in Greenland. 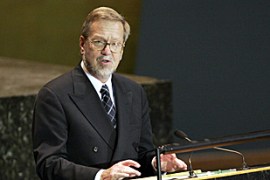