The struggle to keep Palestine, the homeland of the Palestinian Arab people, an inseparable part of the greater Arab Nation is one of the main issues at the heart of the Question of Arab Unity.

The two states – Arab and Jewish – as envisioned in the 1947 UN partition plan never came into fruition as Arabs and Israelis fought wars, gained and lost land and further plunged the region into conflict.

Over half of the Palestinian population fled the violence or were expelled by Jewish settlers. Almost two decades after the war of 1948, the Palestinians found themselves still living in camps. New solutions were needed, and the Palestinians began to think about pro-actively tackling their problems. Could Arab Unity be forged through war against a common enemy?

As the Palestinian Right of Return became an integral rallying call at the heart of the Israeli-Palestinian conflict, the defeated powers of Egypt and Syria began to plan a military strategy to retake territory lost in the 1967 war.

Gamal Abdel Nasser, the Egyptian president who was humiliated in June 1967, began a campaign to re-equip, retrain, and revitalise the Egyptian Army in hopes of eventually recpaturing the Sinai peninsula.

Syria also began to retrain its military forces with an eye on securing the lost Golan Heights.

Part seven of Al Jazeera’s nine-part series, A Question of Arab Unity, looks at the aftermath of the 1967 defeat and the Arab ‘victories’ of 1973, which paved the way for an Egyptian peace treaty with Israel and subsequent peace negotiations in the 1990s.

Crossing the Suez, the Egyptians breached the Bar-Lev defence perimeter, which Israeli tacticians had believed to be impregnable.

Initially, the Arabs made remarkable gains on the battlefield.

The Iraqi contingent – which consisted of 30,000 troops and 550 tanks – that was sent to assist the Syrians caught the Israelis completely by surprise, pushing back their counterattack forces.

But within one week, Israel turned the tide, forcing Egypt and Syria to the verge of another massive defeat.

International pressures and Cold War diplomacy between the US and the Soviet Union brought the war to an end on October 26.

Though Egypt, Syria and Iraq suffered losses at the end of the war, the initial gains proved that the Arabs could win major battlefield engagements.

These ‘victories’ provided the Arabs with psychological momentum, overturning the humiliations stemming from the 1967 defeat, and paving the way for diplomacy.

On November 19, 1977, Anwar Sadat, the Egyptian president, became the first leader to visit Tel Aviv and address the Israeli Knesset.

He called for a full implementation of UN resolutions 242 and 338, which were considered the cornerstones of any Arab-Israeli peace treaty.

By the time Egypt and Israel formally signed a peace treaty and opened diplomatic relations at Camp David in 1978, the Arab World had become fragmented.

Suspicions that Sadat had betrayed the Egyptians during the 1973 War came to the forefront as Damascus and Baghdad accused Cairo of prioritizing its own interests while abandoning the rest of the Arab World.

In 1979, the Arab League expelled Egypt. In 1982, Israel invaded and occupied Lebanon as Iraq and Iran were engaged in a bloody border war.

In 1989, the Arab League reinstated Egypt in the hopes of unifying the Arab World.

But a year later, another conflict, this time between two sovereign Arab states, would further split the Arab World. 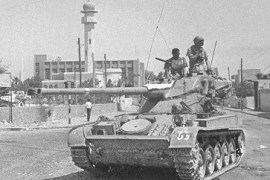 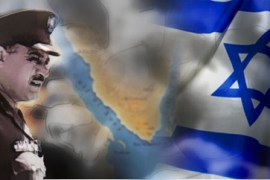 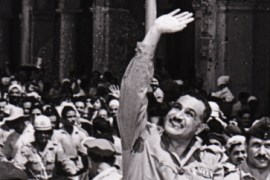 A young military officer puts his visions for Arab social justice to the test. 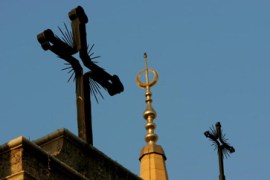