Abdul Bacar Soihir, head of the cabinet of the Comoros union, told The Associated Press news agency on Thursday: “The invasion will be very soon.”
More than 1,000 African troops are expected to take part, supporting about 400 Comoran soldiers.

Yahya Abdallah, the Sudanese commander, said as he arrived with a deployment of paratroopers: “We are happy to be here… The Comoran people are our Muslim brothers and we are proud to be able to help them.”

Each of the Comoros federation’s three islands has its own president and government institutions. Bacar has ruled Anjouan since 2002, but his re-election last year was deemed illegal by both the central authorities and the African Union (AU).

A Comoran army lieutenant said: “We are soon going to be able to solve this matter.
“We have waited too long to please the international community and wait for these African troops.”

However, regional power South Africa and former colonial rulers France said diplomacy should not be abandoned.

Pascale Andreani, a French foreign ministry spokeswoman, said: “We remain … in support of dialogue and a peaceful solution to this crisis.
“Colonel Bacar must, for that, immediately confirm his agreement to organise elections in Anjouan in the near future and allow the African Union troops to take position at the port and airport in Anjouan to prepare to make the elections safe.”

The AU is backing Ahmed Abdallah Sambi, the archipelago’s president, to protect the territorial integrity of the Comoros. Bacar has said he is seeking Anjouan’s independence from the union.

The archipelago has survived 19 coups or coup attempts since it acquired independence from France in 1975. 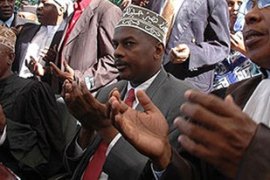 Residents of Anjouan fear violence due to dispute over presidential election. 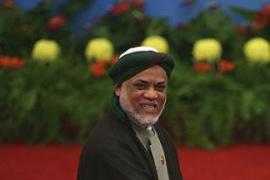