“We are worried by the Israeli settlement activity and urge Israel to end it,” he said.

Reports have emerged that Israel is due to begin a new expansion of a Jewish settlement in the West Bank.

According to the Makor-Rishon Hatzofe newspaper, the mayor of the Efrat settlement in the southern West Bank is due to lay the cornerstone of the new neighbourhood on Sunday.

The project consists of 54 residential units, and was approved “in principle” by the Israeli government in 2003.

Efrat has a population of 4,000, and is part of the Gush Etzion block south of Jerusalem.

Meanwhile in southern Hebron, four mobile homes have been set up in the Tenne Omarim settlement to be used as a temporary means of accommodation for Jewish families.

Local media reported that it was approved by the Israeli defence ministry.

Israel considers the whole of Jerusalem, including the Arab eastern sector,  captured during the 1967 Middle East war, its “eternal, undivided capital” – a claim not recognised under international law.

Lavrov also urged Israel to lift the crippling sanctions it imposed on the Gaza Strip in January in an attempt to end almost daily rocket fire from fighters based in the impoverished enclave.

“The blockade imposed against Gaza is unacceptable and it must be ended so the Palestinian people can live normally,” he said.

He then met with Israeli and Palestinian leaders.

Lavrov reiterated his aim to host a Middle East peace conference in Moscow, seen as a follow-up to last year’s meeting held in the US city of Annapolis.

A date for the conference “will be fixed in the near future,” Lavrov said.

“The main objective is to help the ongoing talks to create a  positive atmosphere that will allow the peace process to reach a conclusion.”

“We insisted on the need to organise this follow-up in Moscow as soon as possible,” he said.

However, a senior Israeli official expressed reservations over the  proposed Moscow gathering.

“Out of diplomatic courtesy, we didn’t reject the plan, but the truth is, we are not enthusiastic,” the official said.

“There have been enough international conferences. What is needed is to move forward in direct negotiations with the Palestinian Authority.”

Russia is a member of the international “Quartet” of nations trying to broker a peace deal between the Israelis and Palestinians. 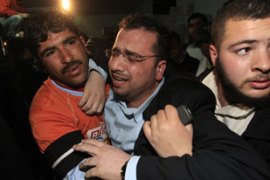 Israel says the men were firing rockets across the border. 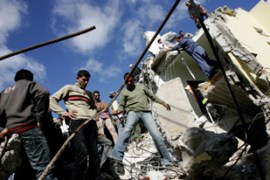 Hamas says mediation efforts continue despite the resumption of violence. 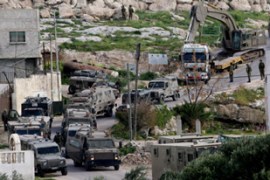 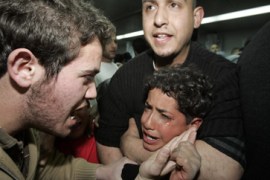 The dynamics of Israel’s Gazan calm

Fear and suspicion may cause Palestinians to waste an opportunity for unity.