In a letter released by his New York-based lawyers and obtained by the Associated Press, Turkistani says that despite being told as early as 2004 that they would all be freed, the 17 remain held in cramped, windowless cells for up to 22 hours every day.

“We fail to know why we are still in jail here,” Turkistani says in the letter, which was written in December but only now made public after it was cleared by US authorities.

“We are still in hope that the US government will free us soon and send us to a safe place.”

The men all say they fled China to escape persecution in Xinjiang, a vast region which borders Central Asia.

Human rights groups accuse the Chinese government of waging a campaign of repression against the region’s Muslim population.

Xinjiang has been the scene of sporadic and generally low-level separatist activity for decades and China says it is waging its own “war on terror” against what it calls Uighur terrorists.

The 17 Uighur men are among about 275 detainees being held at Guantanamo Bay.

US authorities have so far said they plan to prosecute about 80 of those for terrorism and other war crimes, but none of the Uighur detainees have faced any charges.

American officials have acknowledged that while they will not be pressing charges against the 17 Uighurs, they cannot be sent back to China because they are likely to face persecution.

In 2006, five Uighurs from Guantanamo were given refuge in Albania despite protests from the Chinese government.

However, diplomatic efforts to place the remaining Uighur detainees have stalled.

In his letter Turkistani says he has developed rheumatism since he was transferred to Camp 6, a wing of Guantanamo that opened in December 2006.

Prisoners held in Camp 6 are confined in steel cells for all but two hours every day with no window to the outside.

“Being away from family, away from our homeland … being forbidden from the natural sunlight, natural air, being surrounded with a metal box all around is not suitable for a human being,” Turkistani wrote.

He said one of the Uighur detainees had joined a long-running hunger strike at Guantanamo to protest conditions and was being strapped down and force-fed twice a day.

Sami Al-Hajj, an Al Jazeera cameraman held at Guantanamo since 2001 but never charged, is also on hunger strike and his lawyers say he faces similar handling.

“Such treatment is not humane,” Turkistani said in his letter.

Navy commander Rick Haupt, a spokesman for the Guantanamo detention centre, defended conditions at the camp, telling the Associated Press that Camp 6 was “a state-of-the-market detention facility modelled after stateside facilities”. 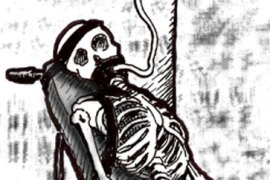 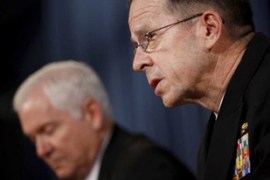 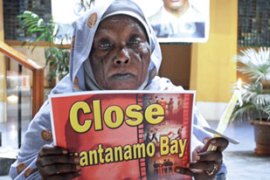 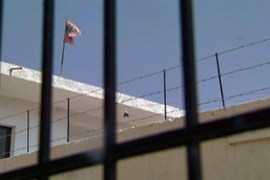