Christofias said: “We shall try our utmost in order to come to an agreed solution for the interest of the Cypriot people, both communities, as soon as possible.”

He acknowledged that the two sides still disagree on certain issues, but said that “we shall examine any possible disagreements together,” adding that “we have to be optimistic”.

Peter Millet, Britain’s high commissioner in Cyprus, said: “The gap is not so big, and it will not be difficult for them to build bridges for an agreement for the new process. This is the message the international community is waiting for.”

Greek and Turkish Cypriots have lived estranged since a Turkish invasion in 1974 in response to a brief Greek-inspired coup.

When the two leaders met they shook hands and posed for photographers when they met. When asked if they would have coffee together, Christofias replied: “We will have Cypriot coffee together.”

Both sides also agreed to open a crossing at Ledra Street, a busy pedestrian shopping street that runs across the dividing line in the capital Nicosia.

Eleni Mavrou, Nicosia’s mayor, told state CyBC television that work would start on dismantling the barriers on Monday and that a crossing could open the following week.

It will be the sixth crossing point opened since April 2003 when Turkish Cypriots for the first time lifted entry restrictions for Greek Cypriots.

Veto rights
Greek Cypriots in the south have represented Cyprus in the European Union since 2004 and have veto rights over Turkey’s aspirations of joining the bloc.
Peace efforts collapsed just before Cyprus joined the EU when Greek Cypriots rejected a UN reunification blueprint accepted by Turkish Cypriots.
An agreement brokered by the United Nations in 2006 calling for an incremental approach to peace-building stalled over the agenda.
Christofias and his aides have warned against high expectations of a swift resolution to a problem which has defied mediation for decades.
Stefanos Stefanou, a spokesman in Christofias’s government, said: “It’s very clear that if there is no outcome [from Friday’s meeting] we will try again, and again. We don’t want to talk about failure.”
Source : News Agencies 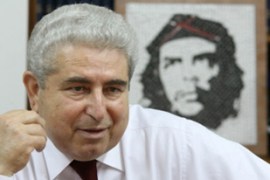 UN says two sides will meet for talks on future of the divided island on March 21. 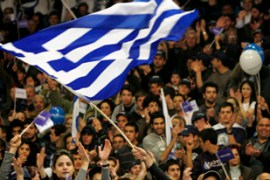 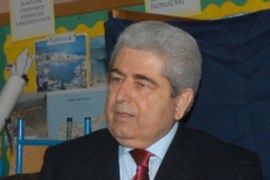