“They’ll have ample discussions about the problems that exist in the market, whether and how they lend themselves to various kinds of solutions.

“I am sure they will talk about the need for a cooperative way forward to try and stabilise this market, reduce volatility in the market and serve the interests of both consumers and producers alike,” he said.

During his trip to Saudi Arabia in January, George Bush, the US president, urged the Organisation of Petroleum Exporting Countries to increase production, saying it was a mistake to have the economies of its largest customers slowing down as a result of higher energy prices.

The oil-producing nations ignored Bush’s request and oil prices have risen above $110 a barrel.

In Iraq on Monday, Cheney noted that there currently is very little spare capacity in the global oil market.

He said the declining value of the U.S. dollar was putting upward pressure on oil prices as well as increasing demand for oil in China, India and in the oil producing nations themselves.

“You’ve got a situation in which we’ve seen the price of oil rise fairly dramatically in recent months, up now to over US$100 a barrel,” Cheney said.

“But it reflects primarily the realities in the marketplace.”

Cheney is expected to ask King Abdullah to lead other Arab nations into dispatching an ambassador to Baghdad and step up other government-to-government contacts.

While on Afghanistan, the vice president was set to urge the king to encourage private-sector investment and step up financial assistance for US-led reconstruction efforts, an unnamed US official told the AFP news agency.

The two men were also likely to talk about efforts to confront Iran over its disputed nuclear programme.

Cheney will also visit Israel, the West Bank, and Turkey before returning to Washington. 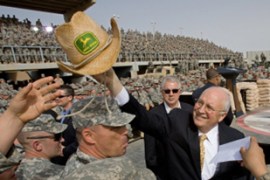 The US vice-president is on a 10-day trip to countries of US strategic interest. 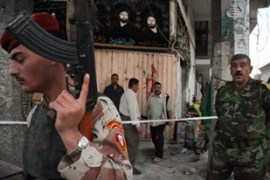 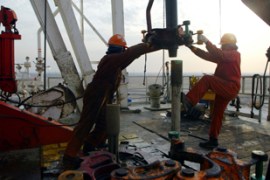 Crude oil exceeds $100 a barrel in Asia amide fears of an output cut by Opec. 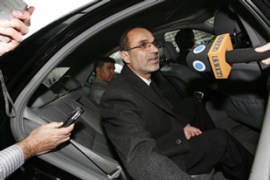 The organisation shrugs off US calls to pump more oil to bolster its slowing economy.