In 1989, Benny Morris, the founder of Israel’s New Historian movement, published The Birth of the Palestinian Refugee Problem, questioning the traditional Israeli view of the Middle East’s longest conflict.

In April, Morris will publish his latest book, 1948: A History of the First Arab-Israeli War, about the creation of the state of Israel.

Al Jazeera met with him at London’s Jewish Book Week, held in late February, to discuss the impact of the 1973 Yom Kippur War on Arab unity.

Al Jazeera: Why did Egypt’s President Anwar Sadat launch the war of 1973?

Morris: Sadat gambled correctly; he wanted to dislodge the logjam. He wasn’t going to get Sinai back unless he did something hard and he decided a war would do it and he was right.

It broke the logjam, he got Sinai back within nine years. So his calculation was correct.

How did the war affect the philosophy of Pan-Arabism?

The war eventually resulted in a peace treaty between Israel and Egypt, which disunited the Arab world in various ways because a rupture between Sadat and [Syrian President Hafiz]al-Assad formed immediately at the end of the war.

It began when different Arab national movements demanded their own sovereign territory as the Arab World supposedly was emerging as an independent entity which would have been unified according to the promises supposedly made by Britain to Hussein Ibn Ali [Sherrif of Mecca].

As soon as World War I ended, separate national movements began in the Arab world, each of them pulling in a different direction. Different interest groups in different Arab capitals wanted to rule over themselves – they didn’t want some Bedouin from the Hijaz (Saudi Arabia) ruling over them.

In Egypt the war is celebrated as a victory.

That’s dumb. 1973 was a great Israeli victory. Israelis ended up moving beyond the Golan Heights into Syria and badly beating Syrian and Iraqi armies in Syria.

They managed to surround half the Egyptian army.

The Arabs enjoyed a victory in the initial days but it was short-lived and the Israeli army recovered and managed to turn the tables.

On the Arab side there was a state of elation because of the first three days and they forgot the rest of the war.

If you look at Abdel-Ghani El-Gamassi’s autobiography [Egyptian Chief of Operations during the war],he’s got a map of the crossing of the canal but there’s no map afterwards.

They didn’t want an extended war.

How was the war viewed in Israel?

Because of the initial Arab victories, Israelis became depressed. [The Six-Day War of] 1967 made them used to easy victories and this one was a difficult victory so it left a state of depression after the war.

Did the war lead to Sadat’s assassination?

It probably played into it. He was probably assassinated mainly by the Gama’a [Al-Islamiyya – Egypt’s outlawed Islamist group] because he was persecuting the Islamists.

But in addition they didn’t like him because he made peace with Israel.

What are your personal thoughts on the concept of Arab unity?

Is Arab unity so important? It is a myth, I don’t know if there is anything good about Arab unity.

A Western view would say that is better. In the West disunity is considered a positive thing: it leads to diversity which – in itself – is good. 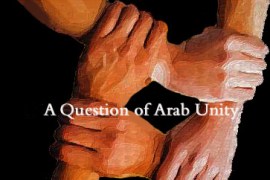 Sounding off on Arab unity

An attainable goal or an oxymoron? Readers share their thoughts on Arab unity. 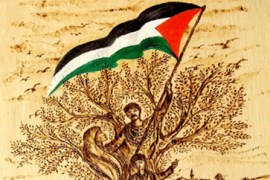 The language of pan-Arabism

The slogans – both popular and official – that have expressed the dream of unity. 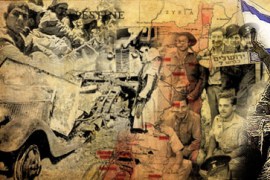 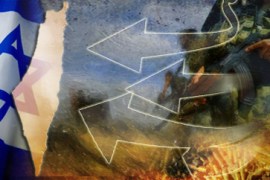 The events of 1948 became a rallying call for Arab unity.