Defending China‘s crackdown on protesters, he said the response of the security forces had been “extremely restrained” but he avoided giving any details on the situation on the ground in Tibet.

Speaking in Beijing, Wen’s comments are the highest-level response so far to the violence in Tibet and the biggest protests against Chinese rule in almost two decades.

The protests have also spread from Tibet to Tibetan communities in neighbouring Chinese provinces – an issue the Chinese premier avoided comment on.

Wen said the protests – in which Chinese authorities say 16 people were killed – had shown that “consistent claims by the Dalai clique that they pursue not independence but peaceful dialogue are nothing but lies”.

Some human rights groups have put the toll as high as 100.

Wen added that the Dalai Lama’s accusations that China was committing “cultural genocide” in Tibet were “nothing but lies”.

He said those who had protested against Chinese rule wanted to undermine the staging of the Beijing Olympics, which open on August 8.

Hinting at calls from some groups for a boycott of the Games, he said the Olympics should not be politicised.

The Dalai Lama, who fled into exile in India in 1959 following a failed uprising against Chinese rule, has denied Chinese accusations that he incited the rioting.

Wen’s comments came hours after a deadline passed for protesters involved in the Lhasa uprising to give themselves up to Chinese authorities.

Qiangba Puncog, the Chinese-installed governor of Tibet, set the deadline for midnight on Monday, warning of “harsh” treatment for those who refused to surrender.

There was little indication of any protesters having surrendered after the deadline.

On Tuesday the US-funded Radio Free Asia reported that hundreds of people were being rounded up by security forces, in a possible sign of an intensified crackdown.

Tibet is largely cut off from the outside world, with foreign reporters barred from the territory.

Even activist groups with long-standing connections to contacts in Tibet have indicated they are having difficulty finding out what is happening in the region.

“It is a very, very tense and terrifying situation,” Kate Saunders, from the International Campaign for Tibet, told the AFP news agency.

“It has become much more difficult to get information out.”

The uprising in Tibet and the response of the Chinese authorities have sparked protests outside Chinese diplomatic missions around the world, with several calling for a boycott of the Beijing Olympics which begin in less than five months time.

On Tuesday about 100 protesters clashed with Australian police outside the Chinese consulate in Sydney.

Several protesters burned Chinese flags, while others attempted to storm the consulate gates.

Earlier in New York, Ban Ki-moon, the UN secretary-general, said he was “increasingly concerned about the tensions and reports of violence and loss of life in Tibet“.

“At this time I urge restraint on the part of the authorities and call on all concerned to avoid further confrontation and violence,” he said.

Condoleezza Rice, the US secretary of state, also repeated US calls for China to exercise restraint, urging Chinese leaders to “engage the Dalai Lama”. 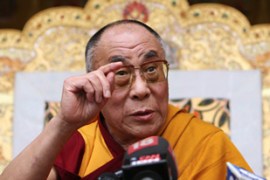 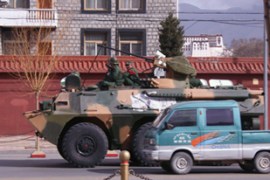 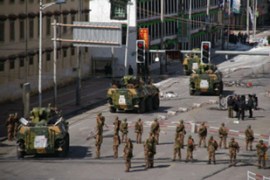 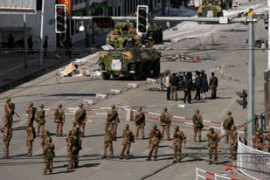