Harassment
The Kremlin is said to be anxious to ensure a turnout of at least 70 per cent and there are hundreds of posters and adverts along city streets reminding people to vote.

Medvedev, Russia’s first deputy prime minister, has refused to campaign against his rivals.

The other candidates, by contrast, have held livelier campaigns and television debates.

Opponents accuse the Kremlin of running a one-sided election by allowing Medvedev widespread coverage on television while harassing rivals and warning state workers to vote for Medvedev or risk losing their jobs.

Gennady Zyuganov, the Communist party candidate, told a small vote monitoring team of European parliamentarians that the vote was unfair.

He said: “There was simply no equality among candidates.”

Opinion polls give him 10 to 16 per cent of the vote, making him Medvedev’s closet rival, but Zyuganov said that in a free vote he would win double that figure.

Sunday’s election is in many ways as much a test of the durability of Putin’s popularity.

The Russian president has said he will accept the position of prime minister in any new administration and has made it clear he expects to retain strong political influence under Medvedev.

“We all understand what a great and responsible role the leader of a state such as Russia is,” Putin said in a brief televised address on Friday.

“And how important it is for him to have the faith of his citizens. He needs it for effective and confident work in his presidential post, to ensure stability in the country.”

“I appeal to you to go to the election on Sunday and vote for our future, for Russia’s future,” said Putin, popular for presiding over an economic boom fuelled by oil exports and for restoring stability and national pride after the chaotic post-Soviet years.

Earlier on Friday, Sergei Lavrov, Russia’s foreign minister, denied suggestions that the election would inevitably be viewed as flawed and said that the majority of Russians were happy with the democratic processes in their country.

However, Vladimir Churov, Russia’s central election chief, has agreed that television coverage had not been entirely equal but said news channels had a responsibility to cover Medvedev on his official trips.

He said: “That’s a problem not only for our country but I can agree that not all candidates have an equal number of news items.”

Medvedev has not officially campaigned, except for one day, and has instead increased his work engagements.

Russia’s media are focused on his activities and television channels often show him by Putin’s side, making speeches, announcing economic data or visiting foreign governments.

Russia’s main opposition groups have refused to compete in the election, but three pro-Kremlin candidates did register and have argued over policy in often chaotic live debates.

Last week, one of the candidates pushed a political analyst off his chair and then threatened to shoot dead an opposing candidate.

On Thursday another candidate walked out of a debate with his rival screaming for his arrest. 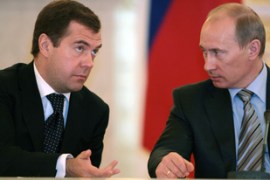 Foreign minister says election will be fair as US wonders who will be in charge. 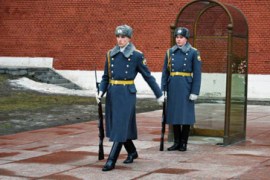 Soldiering on after Putin 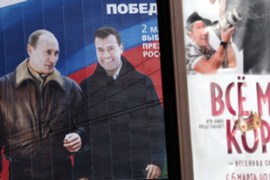 Russian president says he will not renew his presidency and backs likely successor. 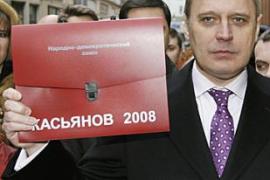