Separately, the military said the LTTE was behind a man on a bicycle who blew himself up on Sunday in the eastern village of Ondachimadam in Batticaloa district, killing two members of a breakaway faction.
Those killed in the blast were members of the Karuna Group, which broke away from the LTTE in 2004, and is now seen as a pro-government paramilitary organisation.
Sunday’s suicide bombing indicates that small groups of separatists were still operating in eastern province despite last year’s government declaration that they had cleared the entire province of them.
Mannar bombed
On Sunday, air force jets bombed a camp occupied by separatist commanders in Mannar district, the military said in a statement.
Fighting between the military and the LTTE has intensified since the government formally annulled a six-year-old ceasefire pact in January, this year.
Fighters have since attacked government-held south areas and are increasingly targeting other government held regions.
According to the Sri Lankan military, a total of 6,486 fighters, 1,196 military personnel and 982 civilians have been killed, since 2006. The military also says that there are only 5,000 LTTE fighters alive in Sri Lanka now.
Source: News Agencies 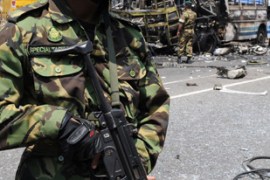 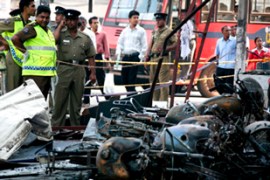 Pro-government activists attacked by bomber on motorcycle in an eastern district. 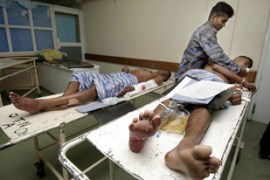 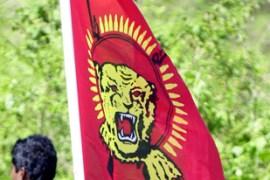 Many killed in Sri Lanka fighting

Government claims success in fresh success in the ongoing offensive against LTTE.