No relief
Toernaes said: “In the international talks about a possible debt relief to Sudan, it will be Denmark’s point of view that Sudan should not get such a debt relief agreement.”

However, she said Denmark would not cut its development aid to Sudan, an idea she had floated earlier on Thursday.

She said: “Our support is not a support to the Sudanese president or, for that matter, to the government.

“It surprises me that Sudan’s government apparently is willing to cut the cooperation with a donor like Denmark on development aid because of a caricature in Danish newspapers.”

Such a move would affect “the most vulnerable groups in their own country,” she said.

The aid minister said she had summoned Sudan’s Norway-based ambassador to Denmark for a meeting, saying there was a “great need for an elaboration” on the statement made by al-Bashir.

After Sudan’s government and southern rebels signed a peace agreement in 2005, international donors said they would look into the country’s debt relief.

Sudan is one of the largest recipients of Danish aid.

In 2006, Khartoum received $26m from Denmark and a $100m humanitarian and reconstruction package is planned through 2009.

Newspapers in Denmark reprinted the cartoon showing Muhammad wearing a bomb-shaped turban with a fuse on February 13 to show their commitment to freedom of speech after Danish police said they had uncovered a plot to kill the artist who drew it.

The drawing was one of 12 cartoons, first published in a Danish newspaper, that triggered major protests in Muslim countries in 2006. 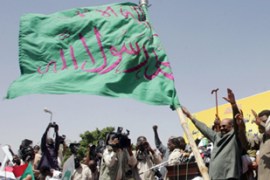 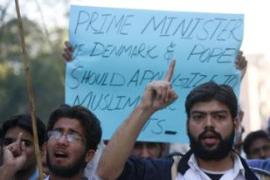 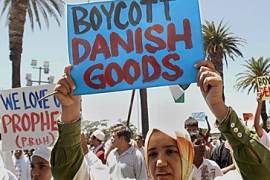 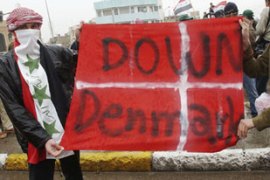