Last year more than 93 per cent of the world’s opium came from Afghanistan, the report said, while more than 14 per cent of Afghans were involved in poppy production in 2007, up from 12.6 per cent in 2006.
The report said 2007’s crop had an export value of about four billion dollars, more than one-third of Afghanistan’s gross domestic product (GDP).
“The Afghan government must take decisive action against poppy
cultivation soon to turn back the drug threat before its further
growth and consolidation make it even more difficult to defeat,” the
annual report added.
‘Long Haul’

Jaap de Hoop Scheffer, secretary-general of Nato, said on Friday that the group’s forces cannot afford to lose the battle against Taliban forces in Afghanistan and will remain in the country “for the long haul”.

Speaking after talks with George Bush, the US president, Scheffer said the force was “fighting terrorism” and “prevailing” in the battle.
Bush said that the United States remained “committed” to Afghanistan and to a strategy “helps folks in Afghanistan realise security, at the same time, economic prosperity and political progress”.
About 43,000 soldiers from 26 countries are currently serving under Nato in Afghanistan.
Additional troops
The International Security Assistance Force (Isaf), serving under a United Nations mandate, has grown from 16,000 to 43,000 troops, of whom about one-third are from the US.
US officials and Isaf commanders have been urging the deployment of an additional 7,500 troops in the country.
However several Nato countries have been wary of public sentiment against such moves, particularly in sending forces to Afghanistan’s dangerous southern provinces.
Robert Gates, the US defence secretary, caused controversy earlier this month after telling the US senate armed services committee that the reluctance of some Nato allies to send troops was threatening efforts to combat the Taliban in Afghanistan.
Source: News Agencies 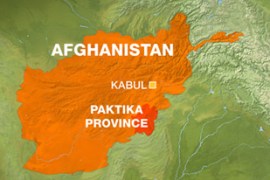 At least 21 foreign troops have reportedly been killed in Afghanistan this year. 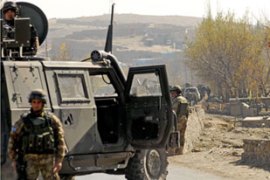