Capturing Adampan would be a crucial step in the military’s campaign to dismantle the de facto administration in the country’s north of the Liberation Tigers of Tamil Ealam (LTTE).
Nanayakkara said 12 fighters and two soldiers were killed in the battle.
Separate fighting across the north killed 29 Tigers and one soldier on Friday, he said.
No winners
Friday’s fighting along the “border” that separates government ground from LTTE territory in the north was the latest violence in a 25-year civil war analysts say neither side is winning.
The LTTE could not be contacted for comment.
On Thursday, government troops attacked LTTE bunkers along the northern front lines, with 34 Tigers and one soldier killed in the fighting, the military said.
More than 800 people have been killed since the government announced last month that it was quitting the 2002 ceasefire, according to the military.
Government troops last year drove the LTTE from its eastern strongholds and in recent months fighting has raged around the Tamil enclaves in the north.
Source: News Agencies 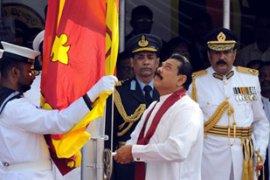 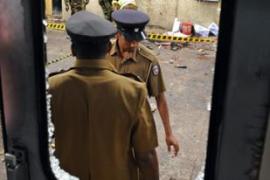