‘Ridiculous’ claims
ExxonMobil’s Orinoco oil field project – in the most important oil-rich region in the country – was taken by the government last year as Venezuela started to nationalise the assets of US and European companies.
The company announced on Thursday that the London High Court had granted its request to freeze the assets.
It also secured separate such orders from courts in New York and the Netherlands for compensation and has requested international arbitration in the dispute.
However, Reuters quoted Ramirez as saying that demands for compensation by what is the world’s largest oil company were “ridiculous” and accused it of violating international arbitration.
Venezuela planned to make a legal response to seek a reversal of the rulings, he said.
In June last year, Venezuela passed a law forcing multinationals to give at least 60 per cent of the capital in their Venezuelan operations to Petroleos de Venezuela SA (PDVSA).
Several companies agreed, however ExxonMobil and Conoco Phillips both refused and withdrew from Venezuela.
The south American nation is one of the world’s top oil producers and one of the biggest oil exporters to the US.
Hugo Chavez, the president, has used billions of dollars in oil revenues to finance social programmes.
Source: News Agencies 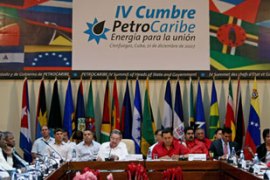 Venezuela’s president is in Cuba to head a meeting of a regional energy alliance. 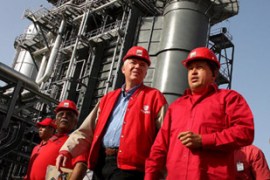 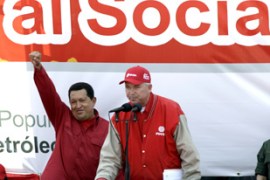 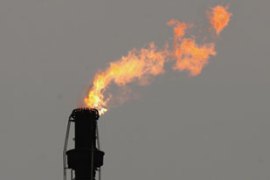 Venezuela seeks to break dependence on US exports in deal with China.