Al Jazeera’s correspondent in Islamabad, Kamal Hyder, said that the party workers of the Pakistan People’s Party (PPP) were not convinced the government had the correct culprits.

“They have been saying all along that the government has cleaned the evidence immediately after that assassination and, therefore, does not have any credibility when it comes to a proper investigation.
“But the government is claiming that these are important, key, accomplices, who had accompanied the alleged suicide bomber and the assassin.”
End of mourning period
The announcement came as thousands of people massed around Bhutto’s tomb in the southern Sindh province to mark the end of the 40-day mourning period for her.
About 20,000 mourners, who listened to mourning songs and recited verses from the Quran, visited the Bhutto mausoleum in the rural village of Garhi Khuda Bakhsh.
Muslim prayers and rituals also signalled the start of campaigning by the PPP, now co-chaired by her 19-year-old son and husband, for forthcoming elections on February 18.
Asif Ali Zardari, Bhutto’s widower, spoke to supporters on Thursday at the Bhutto ancestral village of Naudero, vowing revenge and change to the status quo.
One mourner, Nabi Bux Kalhoro, said: “We have to win this election – in our leader’s words, democracy is the best revenge.”
Taliban ceasefire
The government has accused a Taliban and al-Qaeda-linked tribal leader of masterminding her murder, but before her death Bhutto wrote that government and intelligence figures were plotting to kill her.

Pakistani officials, meanwhile, said the government will hold talks with the Taliban after the group announced a ceasefire.

A Taliban spokesman in the tribal region of South Waziristan said a day earlier that Baitullah Mehsud, a key suspect in the murder of Bhutto, had ordered an indefinite truce.

Hamid Nawaz, the interior minister, said: “There is no announced ceasefire, there is a de facto ceasefire between militants and government troops. Both sides are currently holding the fire.”

Nawaz said a tribal council (jirga) “comprising representatives of the government and tribal elders will be formed to negotiate peace, but I cannot give you any timeframe in this regard”.

Hyder said: “The government is saying that they are not in any hurry and that they will go after the alleged militants.

“The alleged militants, on the other hand, are saying that this is a unilateral, indefinite ceasefire and that it is going to be across the country.

“People are expecting some relief if the alleged militants come through with their promise.”

More than 300 people have died in violence this year, much of it in fighting between Taliban-linked fighters and troops in South Waziristan, the stronghold of Mehsud.
Source: News Agencies 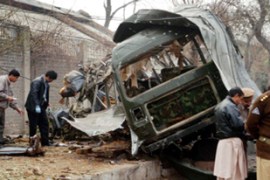 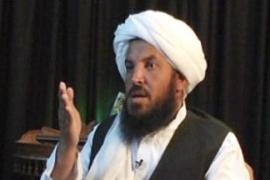 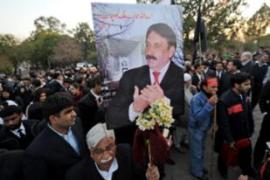 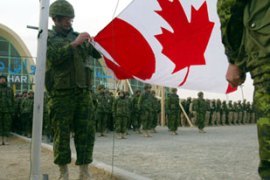