Breakaway group
The president’s ruling party, the Union for a Popular Movement, and its centrist allies in the assembly voted for the bill, as did a majority of the main opposition Socialist party.
But a breakaway group of Socialists cast their ballots against, while others boycotted the vote entirely to underscore their demands for a second referendum.
The text was adopted by 336 votes for to 52 votes against.
The French parliament held a special congress of both houses on Monday to amend the constitution, deleting an obsolete reference to the doomed draft EU treaty, to allow the new text to enter French law.
The latest treaty was drawn up in Lisbon in December.
France will become the fifth EU country, and the first major EU nation, to ratify the agreement, which must be approved in all 27 member states before it can come into force in 2009.
Hungary was first to ratify the treaty in December, followed by Slovenia and Malta late last month and Romania which ratified the charter this week.
Presidential power
One of the most immediate and tangible effects of the Lisbon Treaty is the creation of a more permanent “president”.
Jean-Claude Juncker, Luxembourg’s premier, as well as Tony Blair, the former British prime minister, who is backed by Sarkozy, have already emerged as potential candidates.
The treaty will introduce a number of objectives, including a common energy policy and strategy on fighting global warming.
It will also increase the areas of decision-making which can be approved through majority voting, rather than unanimity.
Source : News Agencies 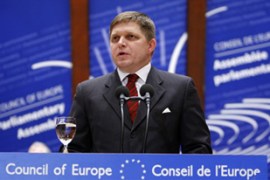 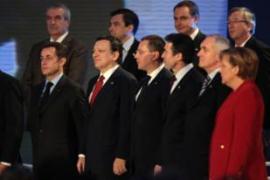 Treaty of Lisbon replaces constitution rejected by the French and Dutch in 2005.