“Wilber Varela in the last few years was truly the main leader of Colombian drug-trafficking organizations,” said General Oscar Naranjo, a Colombian police chief.
He said that Varela, a former police officer, had entered the drug underworld as a hired killer.
‘War on drugs’
The find is likely to fuel US criticism that Hugo Chavez, the Venezuelan president, has let his country become a safe haven for drug smugglers.
Chavez dismisses those accusations as part of an attempt to discredit him.
Colombia has received billions of dollars in US aid as part of the ‘war on drugs’ but Chavez has ordered US anti-drug teams out of the country, saying they were working against his government.
The Norte del Valle gang, based near the western Colombian city of Cali, is the only Colombian cartel that still controls all areas of the business from cultivation of coca plants to production of cocaine and its exportation.
A number of smaller drug gangs have taken the place of the once mighty cartels.
Colombian cocaine exports remain steady at over 600 tonnes per year, according to the UN.
Source : News Agencies 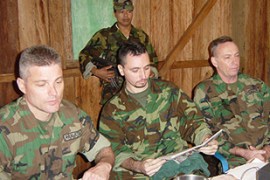 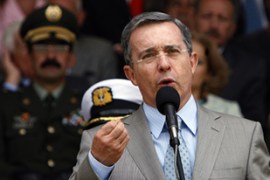 Opposition says move by the president poses “risk” to hostages being held by rebels.