As the defeated Arab armies returned home having lost more of Palestine than had been originally appropriated by the 1947 UN Partition Plan, there was disquiet among the people of the region.

The domestic unrest that followed the war reflected a profound sense of betrayal – and humiliation – felt by both the masses and the army officers who had experienced the Nakba firsthand.

Many Arab armies felt that they had been intentionally weakened by their own civilian governments and monarchies.

Senior military officers began to feel the pulse of revolt within their own cadres and in the universities, mosques and villages.

Revolution in the air

The next two decades witnessed a wave of coups that toppled the old political regimes and brought the military to power in most Arab countries.

Sami Moubayed, a Syrian political analyst, says the 1948 defeat went beyond discrediting the post-war governments and served as a catalyst in their downfall.

Moubayed said: “The Syrian regime was the first to fall in 1949. Then, the second to crumble was the Lebanese government of Bishara al-Khury, which lasted until 1952 and was brought down by street demonstrations. Then came the famous July 26 Revolution in Egypt.”

In 1958, Abdel-Karim Qasim, a disgruntled brigadier-general, overthrew the British-installed Hashemite monarchy in the first of what would become a series of military coups in Iraq.

Leaders of successive military coups in Iraq would later sing from the same song sheet – one after another, they ascribed toppling the old regimes to the 1948 defeat in Palestine.

Radwan al-Sayyid, a Lebanese political thinker, said: “Abdel-Salam Aref (the Colonel who toppled Abdel-Karim Qasim later) stated that the bungling in Palestine in 1948 was a major reason behind his coup d’état.”

But some observers argue that al-Nakba was merely the straw that broke the camel’s back, building on growing dissatisfaction and social disenfranchisement already prevalent in the region.

“The 1948 defeat only magnified the reasons, and made it easy to pull off a coup,” Moubayed said.

Another problem was the fact that the upper-class civilian politicians were no longer able to inspire the masses who were now angry and pushing for independence.

Moubayed argues that political leaders who had emerged as nationalist leaders in the 1920s and 30s had now grown old and their rhetoric had, after 1948, failed to galvanise Arab public opinion.

“The people were looking for younger leaders who resembled them and were closer to their generation’s worries,” he said.

Arthur Goldschmidt Jr, a professor of Middle East history at Pennsylvania State University, also believes that the ruling elites overestimated their control of the military establishment which was considered “too tame to rebel”.

“Contemporary observers expected the revolution to come from the Muslim Brothers, the Communists, perhaps a coalition of workers and students, or even the Wafd Party itself,” he told Al Jazeera.

However, developments in the region contradicted the expectations of the majority of people.

Al-Sayyid argues that conditions which fuelled popular revolts in other countries simply did not exist in the Arab World at the time.

“Popular revolutions are usually carried out by labour movements or civil society organisations, which did not exist during that time,” he said.

“The army was the only entity that had enough discipline and was able to change the existing political order without allowing the country falling into turmoil.”

Some historians, however, also suggest that the US, which had emerged as the victor in World War II and was poised to enter a Cold War with the Soviets, was beginning to flex its influence in the oil-rich region.

Moubayed said: “The Syrian coup of 1949 was the first covert operation outside the US for the newly created CIA.”

He added that the US had tried to pressure Shukri al-Quwatli, the Syrian president at the time, to accept the UN Partition Plan, ratify passage rights for a Saudi pipeline that was supposed to reach Sidon in Lebanon via Syria, and crush the communist party in Damascus.

But Quwatli refused to give in to any of the US demands.

“The CIA sent Miles Copland, the architect of the coup, and Stephan Mead, the US military attaché to Syria, [with] the following instructions: ‘If you cannot change the board, then change the players’,” Moubayed told Al Jazeera.

Goldschmidt says the same theory can be applied to Egypt in 1952.

He says British troops stationed in the Suez Canal made no efforts to prevent the 1952 revolution, which was effectively a bloodless coup.

“Some of us wonder if the CIA might have at least facilitated the military coup of July 23, 1952,” he said.

While the revolutions and coups appeared to vindicate anger following the 1948 defeat they did not offer the region the type of alternative governance that Arab masses had been seeking.

Within a few years of the coups, the hopes for democracy were dashed by the emergence of single-party regimes that harshly oppressed their opponents.

The officer-politicians established themselves as the new aristocracy, and the social and economic reforms promised to the Arab World proved to be failures.

Cultivable lands were spliced up and the number of government employees and university students mushroomed beyond the government’s capabilities.

The anger over the defeat of 1948 would now be encapsulated within the zeal of socialist inefficiency and propagandistic diatribes.

Two decades after the Nakba, the great revolution would culminate in yet another profound defeat.

In 1967, Israel again emerged victorious after the Six-Day War against the Arabs. 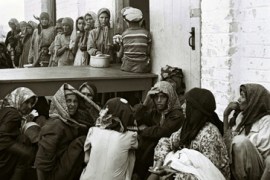 Losing the Jews of Arabia

In Arab countries, “Jewish” became synonymous with “Zionist” and later, the “enemy”. 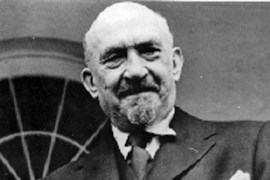 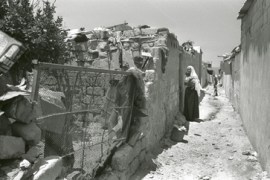 The Nakba: Catalyst for pan-Arabism

Arab governments under British influence were complicit in Israel’s creation. 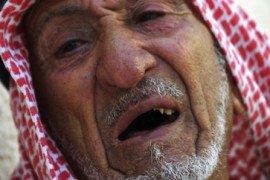 Today’s narrow strip of land has been a source of tension since the British mandate.