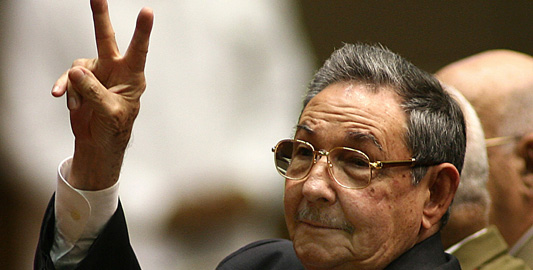 Raul Castro’s selection as president comes after 49 years of rule by his elder brother [AFP]
Raul Castro has been named the new president of Cuba by the country’s national assembly, succeeding Fidel Castro, his ailing brother.
Raul, 76, who has led a caretaker administration since Fidel suffered ill health 19 months ago, was selected in a meeting of the 614-member assembly on Sunday.
“Fidel is irreplaceable; the people will continue his work when he is no longer with us physically, though his ideas always will be here,” Castro said in his acceptance speech.
“I accept the responsibility I have been given with the conviction I have repeated often – there is only one Commander in Chief of the Cuban Revolution, Fidel is Fidel and we all know it well.”

The position of first vice-president was given to Jose Ramon Machado Ventura, a communist politician who fought alongside the Castro brothers in the period covering the 1959 revolution.
Fidel announced on Tuesday that he was stepping down as president of Cuba, after leading the country for almost 50 years.
Cuba’s national assembly is also charged with selecting the 31-member council of state, as well as other posts.
Pragmatic image
Raul is widely perceived by Cubans to be pragmatic and capable of implementing new measures which might alleviate some of the economic woes affecting Cubans, while keeping the country on a communist track.
But Larry Birns, director of the Council of Hemispheric Affairs, told Al Jazeera that Raul’s accession to the presidency would not necessarily mean that Cuban politics would remain unchanged.
“We shouldn’t underestimate the capacity for adaptation under Raul – he did call for a challenge to the traditional bureaucracy, and the need to adapt to new conditions,” he said.
“I think that when all the ceremonies are over – on a day to day basis – Raul’s calls will be the driving force to initiate some change. This, after all, is a new Cuba.”
In the last year, Raul has encouraged people to meet in private town hall meetings to debate the issues bothering them – low wages, decrepit housing, a strained transport network and government corruption.
Hours before the national assembly session began, Cubans went about their lives, strolling along the “malecon” or boardwalk with their children or sitting on the doorsteps of their homes in Old Havana.
Prospects
Reporting from the Cuban capital on the eve of Sunday’s national assembly session, Al Jazeera’s Mariana Sanchez said there were no signs a new era was about to begin on the Caribbean island.

A group of young Cubans had mixed views about their country’s future.

Jorge Fernandez said Raul will implement reforms.
“Now with Raul things are going to change because he has an iron fist,” he told Al Jazeera.
Marilyn Gonzalez had a different view, and was confident Raul would continue with the communist ideals Fidel Castro set for the island.
“Everything will be okay. We will accept the next president and agree to his ideas without Fidel,” she told Al Jazeera.
But many Cubans like Solange Columbie are sad that ‘Commander Fidel’ will not be in charge. Seventy per cent of Cubans have only known him as their leader.
“I think it’s difficult to accept Fidel’s resignation because from now on with a new president we don’t know how things are going to be or what will happen next,” Columbie told Al Jazeera.
Source: Al Jazeera, News Agencies 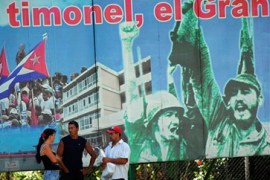 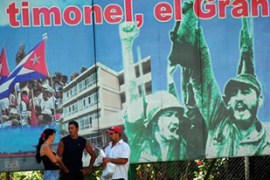 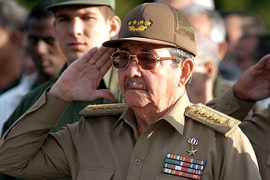 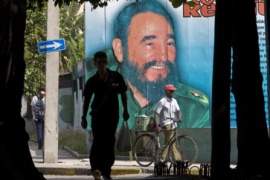