George Bush, the US president, speaking from Rwanda while on a tour of Africa, said the ailing leader’s decision to step down should begin a “democratic transition” there, eventually culminating in free and fair elections.

“This transition ought to lead to free and fair elections, and I mean free and I mean fair. Not these kinds of staged elections that the Castro brothers try to foist off as being true democracy,” Bush said.

“And we’re going to help. The United States will help the people of Cuba realise the blessings of liberty.”

Washington has indicated that it is unlikely to lift its longstanding trade embargo on Cuba anytime soon and will remain a staunch opponent of the Cuban government if it continues Castro’s policies.

In the US city of Miami, many of the 650,000 Cuban exiles who had fled Castro’s rule, expressed relief at news of his resignation.

But in Cuba there were mixed reactions.

As official radio spread the news across the island, some Cubans accepted the inevitable with a mix of sadness and hope.

“It is like losing a father,” said Luis Conte, an elderly museum watchman. “Like a marriage – a very long one that is over.”

Others, however, remained frustrated with the Cuban political system and said they wanted to leave the country.

“I don’t know what to say. I just want to leave. This system cannot continue,” said Alexis, a rubbish collector.

The assembly is likely to nominate Raul Castro as president when it meets on February 24.

Analysts say Raul is unlikely to make radical political changes to the one-party state and his brother will remain influential as first secretary of he Communist party.

Castro’s influence is also likely to continue across Latin America.

Al Jazeera’s Teresa Bo, reporting from Caracas, the Venezuelan capital, said many Latin American leaders were inspired by Castro’s revolution and admired his fight against the US.

Luiz Inacio Lula da Silva, the Brazilian president, described Castro as a “living legend” while Hugo Chavez, the Venezuelan leader and close Castro ally, paid fresh tribute to Castro and said the “Cuban revolution “doesn’t depend on one person”.

Castro’s retirement brings an end to a political career that survived the Cold War, assassination attempts by the CIA, nine US presidents and the breakup of the Soviet Union.

He came to power in 1959 in a communist revolution that overthrew Fulgenico Batista, the then president.

Famous for his long speeches delivered in his green military fatigues, Castro won admiration in many countries as an icon of socialism and for standing up to the US, which led to a crippling political and economic blockade of the Caribbean island.

But he was considered by some to be a dictator who suppressed freedom of speech. 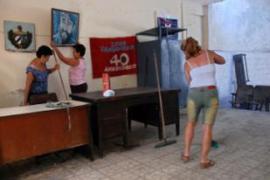 Elections for new council of state come amid questions over Fidel Castro’s future. 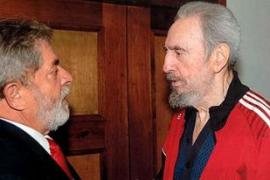 Cuban leader says he is “not physically able” to perform public duties.