“MEND is giving the federal government … the next 24 hours to confirm or deny this murder rumour.”

A spokesman for Umaru Yar’Adua, the president, has said that Okah is alive. He is said to be in custody, but further details have not been given.

Last September, Okah was arrested in Angola on gun-running charges but MEND said he was transferred to Nigeria last Thursday.

He is one of two Nigerians believed to be involved in attacks on oil companies in the Niger Delta who were extradited from Angola.

The rebel leader led a wave of attacks on the Nigerian oil industry, in which the group say they were fighting for equal distribution for the country’s oil revenues.

Five decades of oil extraction in the Niger Delta have also polluted the region’s land and water.

Since the beginning of 2006, attacks by fighters have cut oil production in Nigeria by 25 per cent. The country is Africa’s biggest crude producer and eighth largest world exporter.

The government of Yar’Adua promised a 15-year development strategy aiming to address the causes of the violence in the Niger Delta.

Okah’s faction responded to the proposal and declared a temporary ceasefire, but since his arrest, MEND loyalists resumed attacks, blowing up pipelines and ships and making frequent threats. 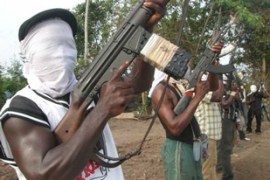 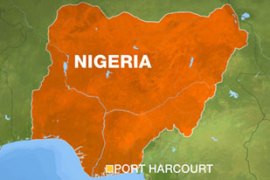 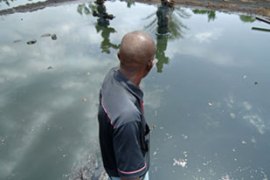 People were said to be gathering fuel from a broken pipeline.