“They are concerned about some developments in our economy, especially the steady increase in interest rates, food and fuel prices which further impoverish especially the poor,” he said.
“Like the rest of our government, I am convinced that the fundamentals that have informed our country’s forward march in the last 14 years remain in place.”

Johannesburg, the commercial capital, has been hardest hit by the intermittent power shortages.

Analysts have said that foreign investment could be discouraged due to the crisis and gold and platinum production was recently halted when power to the mines could not be guaranteed.

Billions of South African rand are estimated to have been lost due to a stall in activity in the manufacturing and retail sectors.

Mbeki said the power crisis had been caused by demand outstripping supply capacity over the last two years.

“It is … necessary that we take this opportunity to convey to the country the apologies of both the government and Eskom for the national emergency,” he said.

He said that the shortages highlighted the need for South Africa to become more efficient in its use of energy.

“We face an emergency, but we can overcome the problems in a relatively short period,” Mbeki said.

He said he was certain that South Africa would still be able to host the World Cup football tournament in 2010.

Mbeki is registering his lowest approval ratings in four years and has been an isolated leader since he lost the leadership of the African National Congress (ANC) to Jacob Zuma in December.

South Africa has enjoyed nearly a decade of uninterrupted economic growth but the current crisis is threatening to arrest the gains made over the last few years. 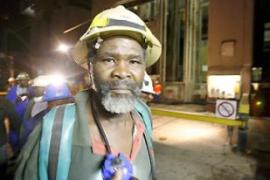 Emergency parliamentary session to be held as crisis pushes up the price of gold. 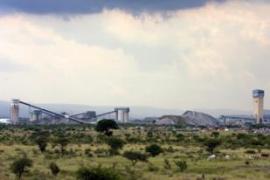 Phased return to production expected despite no official word on power crisis.