Media in the UAE are reporting that the high-level delegation aims at initiating major co-operation plans.

Ibrahim Khayat, a UAE strategic and business analyst, told Al Jazeera: “It is not the first time that the UAE is navigating in the murky waters of international conflicts and diplomacy.”

He said that al-Maktoum had “his own style” while the US is putting pressure on countries in the region to isolate Iran and Syria.

“He is trying to connect with these two countries that have been put under Bush’s ‘Axis of Evil’ label,” he said.

Saudi Arabia has toyed with the possibility of not attending the Arab League’s annual summit in Syria next month unless a political deadlock in Lebanon is resolved. Analysts say other countries are likely to follow suit.

When asked if al-Maktoum’s regional visit related to the upcoming meeting, Khayat said the dialogue would “at least appease the [rising] tensions”.

Al-Maktoum arrived in Damascus from Tehran, where he met Mahmoud Ahmadinejad, the Iranian president, earlier on Monday.

The UAE and Iran have had tense relations for years due to a dispute over three Gulf islands.

He is the most senior UAE official to make a bilateral visit to Tehran since the Islamic revolution in 1979.

“Iran and the UAE have historical and strong relations and with my trip … bilateral relations will rise to new horizons,” the state-run Mehr news agency quoted him as saying.

Despite US pressure on countries to weaken ties with Iran,the UAE, a US ally, remains Iran‘s largest trading partner.

Dubai serves as a hub for Iranian business despite a longstanding dispute between the UAE and Iran over three strategic Gulf islands.

Parviz Davoudi, Iran‘s first vice-president, said: “We talked about different issues including the economy and both countries emphasised the expansion of economic ties.”

The West fears Iran could use atomic technology to make a nuclear bomb, but Tehran insists it wants only electricity.

Ahmadinejad is trying to boost Iran‘s relations with Arab states. Last May, he made the first visit by an Iranian leader, post-revolution, to the UAE. 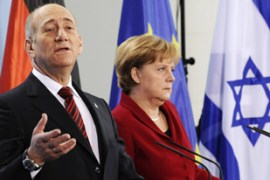 Ehud Olmert says no options should be ruled out in stopping Tehran’s atomic plans. 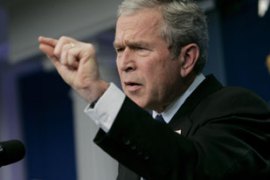 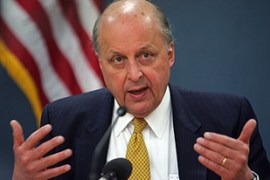 US presses China on Iran sanctions 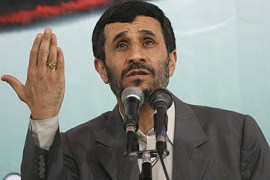 Ties have been marked by tension, conflict and diplomacy.