Soaring food prices in particular are already becoming a strain for millions of Chinese consumers and threaten to become a major political problem for China‘s leaders.

The latest data, for example, shows that the price of pork – a staple meat in China – has risen by 58.8 per cent compared with a year ago.

Last month, in an effort to step up the fight against inflation, the cabinet ordered food producers to get government permission before implementing any new price increases.

But while the recent harsh winter weather helped fuel rising food and energy costs, analysts say broader trends are driving up inflation which is expected to remain high for several more months at least.

Other Asian countries are also battling rising prices, with Singapore, for example, facing inflation at a 25-year high.

Adding to the dilemma for China‘s leaders is the challenge of slowing inflation just as an economic contraction in the US could slow international demand for Chinese exports.

As part of efforts to keep a lid on the economy, authorities last year raised interest rates six times and increased the amount of money commercial banks needed to set aside in reserves 10 times.

Chen Xingdong, a senior economist at BNP Paribas in Beijing, said a key sign that inflation has become an acute problem is the rise in China‘s producer or wholesale prices, which rose 6.1 per cent in January from a year earlier – the fastest rate in over three years.

“Energy costs, raw materials, mineral products are all shooting up. Labour costs are also increasing,” she told AFP. “These have to translate into inflation in one way or another.” 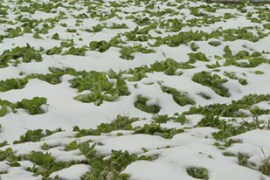 Transportation back up, but crops destroyed and millions remain without power. 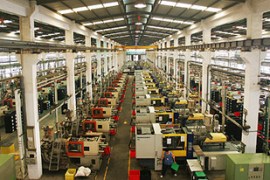 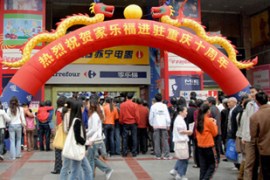