“The situation is so serious that our representative in Chad is now at the border trying to find a solution to this problem, which is leaving the refugees extremely exposed and vulnerable.”

Last week, Chad threatened to expel new refugees from Darfur, saying their presence was triggering insecurity, and it called on the international community to take them elsewhere.

Nouradine Delwa Kassire Coumakoye, the Chadian prime minister, said the influx of refugees into eastern Chad risked becoming a “bone of contention” with Sudan, and that if the international community did not relocate them, Chad would.

Some reports suggested the armed groups threatening the refugees included Sudanese “Toro-boro” rebels who back Idriss Deby, the Chadian president.

Chad and Sudan accuse each other of backing rebels to undermine each other’s governments.

Jennifer Pagonis, a spokeswoman for UNHCR, said: “Our representative in Chad is now at the border trying to find a solution to this problem which is leaving the refugees extremely exposed and vulnerable.

“The area is highly insecure with roaming armed groups posing a real threat to the refugees and aid workers.”

UNHCR said there were some 8,000 newly arrived refugees from Darfur in Birak and nearby Korok, underlining the urgency to deploy a European Union peacekeeping force (Eufor).

Eufor has a UN mandate to protect more than half a million Sudanese refugees and displaced Chadian civilians.

UN officials described desperate conditions for the mostly women and children arriving from Darfur. It said some had been raped, while children had become separated from their families.

Many of the new arrivals had already been displaced within Darfur and were exhausted.

They were keen to receive help as soon as they entered Chad even though aid agencies were trying to move them to two camps 50km from the border.

“The conditions are so difficult that at the end of the day I believe they will probably agree to be transferred further inland to a proper camp.”

UNHCR and its partners are already caring for almost a quarter of a million Darfur refugees in 12 camps in eastern Chad.

Male said the two camps near Birak were overstretched. “The absorption capacity of these camps is limited to an absolute maximum of 6,000 to 8,000 places. If we have more than that it will be very difficult to settle them,” he said. 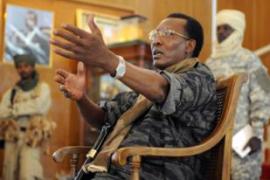 The president says emergency powers will last for 15 days. 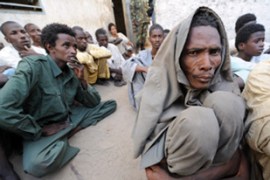 Minister says captured rebels, minors included, will be treated as prisoners of war. 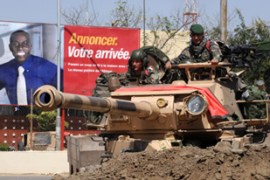 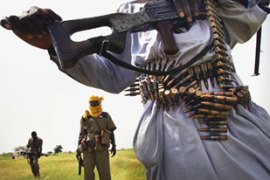