A doctor at the local hospital said at least three of the injured people were in critical condition.
Terai unrest
“I think it was a plastic bomb,” Yogeswor Romkhani, a local police official, said.There was no immediate word on who carried out the blast, the latest in a series of attacks in the southern Terai plains in recent weeks.

“This might have been done by an armed and radical Mahadhesi group but we have not yet received any claims of responsibility,” Romkhani said.The town had been hit by several blasts ahead of the rally, with officials blaming ethnic Mahadhesi groups who have promised to disrupt the elections in April unless the government agrees to grant region greater autonomy.Mahadhesis, who make up nearly half of Nepal’s 27 million population, say they are treated like second-class citizens and that people from hill areas dominate the government, police and army.

“I was standing near the site when I heard a sudden blast,” Jaya Narayan Yadav, a witness to the attack in Birgunj, said.

“Then I saw people running away in panic. Some were bleeding from their legs, hands and the back.”

Police said the blast took place 200 metres from a political rally which was being addressed by senior leaders of the ruling seven-party alliance.

The rally was the latest in a series of public meetings the ruling alliance had organised this month.

Elections for a constituent assembly have been scheduled for April 10 after bing delayed twice previously.

That assembly, a key component of a peace deal with former Maoist rebels, is supposed to prepare a new constitution, declare Nepal a republic and make laws. 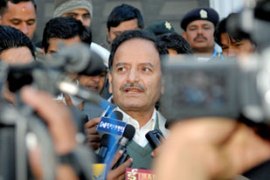 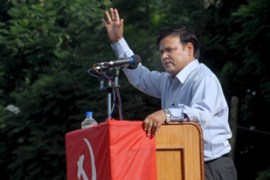