The arrests raised fears that riots could break out as reports came in that crowds were stoning buses in some towns in Maharashtra state, of which Mumbai is the capital.

A police official confirmed that one man died in Nashik city, a Thackeray stronghold, about 180km northeast of Mumbai, after the bus he was travelling in was pelted with stones.
India’s financial capital remained calm, but many commuters rushed home early.
Officials in Maharashtra, ruled by the Congress party, which heads the federal coalition government, met on Wednesday to review security and called for additional forces from the central government.
Unrest
Extra police officers and paramilitary forces were posted around the city and some shops were closed as a precaution or because they were forced to by party workers.

Police had been under pressure to arrest Thackeray since Sunday, when party workers attacked cinemas screening films in the north Indian language of Bhojpuri.

Some congress workers were earlier arrested for protesting against Thackeray.
There were also reports that dozens of north Indians, including some taxi drivers had been beaten up by Sena activists.
Sena party activists, who say that migrants have taken jobs from the native people of Maharashtra state, say that the recent violence was not ordered by the party, but was a spontaneous outburst.
For generations, poor Indians have left behind rural poverty to try to make a living in Mumbai and other big cities.
Millions come from Uttar Pradesh and Bihar, two of India’s poorest states.
Less than 50 per cent of Mumbai’s 17 million residents are Maharashtrians.
Thackeray formed the MNS in 2005 after splitting from a Hindu-nationalist party called Shiv Sena, which has recently moderated its earlier anti-immigrant stance.
Source: News Agencies 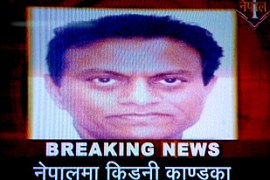