“As the Darfur issue is not an internal affair of China, nor was it caused by China, to link the two together is utterly unreasonable, irresponsible and unfair,” said the statement published in Thursday’s Global Times, run by the Communist party’s People’s Daily.
Chinese ‘disgust’
The paper also said the decision by Spielberg and others to boycott the Olympics “disgusted” the Chinese people.

“Western exploitation of the Olympics to pressure China immediately provoked much disgust among ordinary Chinese people,” the paper said.

“The vast majority of Chinese people have expressed bafflement and outrage at the Western pressure. In their view, it’s absolutely absurd to place the Darfur issue, so many thousands of miles away, on the head of China.”
Even Chinese citizens who complain about losing homes to Olympics Games projects opposed Western pressure, the paper added.
The Chinese embassy in Washington called on “relevant parties” to recognise the “positive role played by China on the Darfur issue” and not politicise the Olympics.
Rogge signed an appeal to the Chinese government to do more to end the conflict in Darfur, according to British paper the Independent on Thursday.
The letter was originally released to international media on February 12 by the Crisis Action group, calling on China to press Khartoum on atrocities committed in Darfur.
Rogge’s name was added to the list of petitioners, which included Nobel peace prize winners, Olympians, politicians and celebrities.

In announcing his decision on Tuesday to quit as an artistic adviser to the Beijing Games in August, Spielberg said the international community, and particularly China, “should be doing more to end the continuing human suffering” in Darfur.

The United Nations estimates that 200,000 people have died in Darfur from the combined effects of war, famine and disease since 2003, when a civil conflict erupted pitting government-backed Arab militias against non-Arab ethnic groups.
Khartoum puts the toll at 9,000.
Source: News Agencies 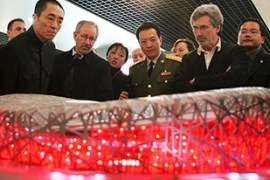 Hollywood director pulls out as artistic advisor over China’s policy on Darfur. 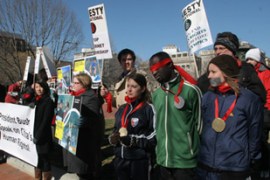