“I find that my conscience will not allow me to continue business as usual,” Spielberg said in a statement on Tuesday.

“At this point, my time and energy must be spent not on Olympic ceremonies, but on doing all I can to help bring an end to the unspeakable crimes against humanity that continue to be committed in Darfur.”

It has threatened to use its veto power to block sanctions against Sudan at the United Nations.

In his statement, Spielberg said China “should be doing more to end the continuing human suffering there”.

An estimated 200,000 people have died in Darfur and 2.5 million have been driven from their homes in more than four years of the conflict.

The Sudanese government’s latest offensive in Darfur last week forced about 200,000 people from their homes, and left thousands fleeing into neighbouring eastern Chad.

“As the primary economic, military and political partner of the government of Sudan, and as a permanent member of the United Nations Security Council, China has both the opportunity and the responsibility to contribute to a just peace in Darfur,” they said in the letter.

“Ongoing failure to rise to this responsibility amounts, in our view, to support for a government that continues to carry out atrocities against its own people.”

The letter was released on a day of events by the Save Darfur Coalition to mark six months before the Beijing Olympics on August 8-24.

It was signed by US politicians, Olympic medallists and entertainers and delivered to Chinese embassies and missions in the US and Europe.

Mia Farrow, the US actress who has led the coalition’s global campaign, said China was hoping to use the Olympics as “its post-Tiananmen

“But how can Beijing host the Olympic Games at home and underwrite genocide in Darfur?” she said outside the Chinese mission to the UN in New York.

The letter said China‘s trade with Sudan doubled in 2007 and it continued its military relationship with the African nation.

Last month, the Chinese Communist Party foreign ministry said China would never submit to pressure from groups trying to use the Olympics to change its policy. 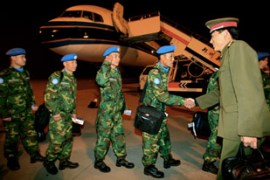 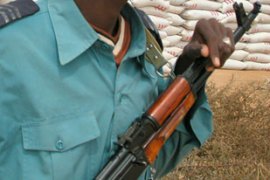 China concerned over staff in Sudan 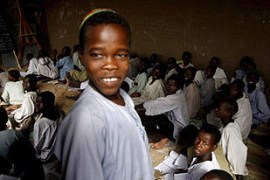 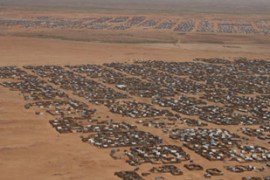