Church attack
Six soldiers were killed when LTTE artillery fire hit a Roman Catholic church near a military base in the northern Mannar region while the troops were cleaning it, the military said.
The church has been closed for two months due to the increased fighting in the area. Since the fighting escalated, troops at the nearby base began using the church grounds to store supplies, a church official said.
Analysts say both the Sri Lankan military and the Tamil Tigers tend to inflate enemy casualty figures in the absence of independent accounts of the fighting.
Fighting between the military and LTTE separatists has intensified since the government scrapped a defunct six-year ceasefire pact last month.
The government said the rebels had used the truce to re-arm.
The Tamil Tigers have been fighting for more than three decades for an independent ethnic homeland in the Sinhalese-majority island.

According to the military’s latest announcement, more than 1,100 LTTE separatists, and more than 55 government soldiers and police, have been killed so far this year. 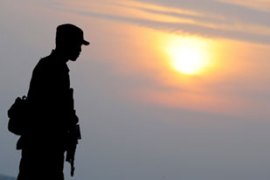 At least 48 Tamil Tigers and 10 soldiers are said to have been killed in clashes.

Military says 41 fighters and three soldiers have died in the latest violence. 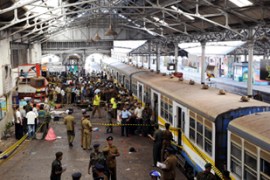 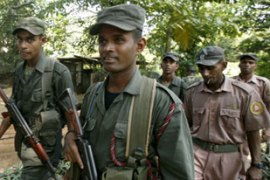 At least 20 separatist rebels and two soldiers killed in clashes in country’s north.