A police source said that of the 575 Muslim gravestones at the site, 500 had been vandalised.

It had already been hit in April this year, when vandals desecrated 148 Muslim graves, hanging a pig’s head from one tombstone and daubing slogans insulting France’s Muslim justice minister.

That attack came almost exactly a year after a similar incident in which neo-Nazi vandals painted swastikas on 52 of the cemetery’s Muslim graves.

Inaugurated in 1925, the Notre Dame de Lorette cemetery houses the remains of about 40,000 soldiers, half of them in named graves.

Hundreds of thousands of Muslim soldiers from France’s African colonies fought during World War I and tens of thousands were killed. 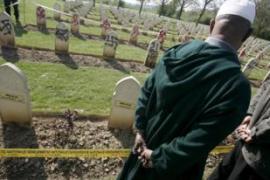 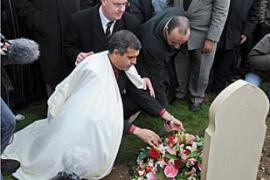 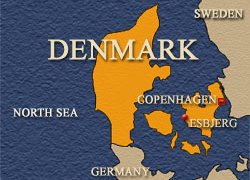 About 25 Muslim graves have been vandalised at a cemetery in Denmark.

Nazi vandals have struck at the Muslim community in the Alsace region of eastern France, desecrating 48 graves of Muslim soldiers with swastikas and “SS” inscriptions.