President Joseph Kabila’s government had not relented to Nkunda’s demands for direct talks – a condition, he said, for ending his four-year-old revolt in the east.

Nkunda said that he wants to discuss security and the situation for ethnic minorities.

Kinshasa maintained that Nkunda’s National Congress for the Defence of the People (CNDP) rebels return to a wider peace pact signed in January with several armed groups.

Fighting has escalated since August, with Nkunda claiming to have taken territory in North Kivu since then.

The ethnic Tutsi CNDP declared a unilateral ceasefire in October but both sides have broken it since.

About 250,000 people have been displaced by the fighting.

Kinshasa had accused Rwanda, its eastward neighbour, of supporting the CNDP in North Kivu, which Nairobi denied.

Nkunda has repeatedly accused the government fighting with Rwandan Hutu militias – some of whom – according to Rwanda – took part in the 1994 genocide of Tutsis in their country.

Kabila sought backing from Angola towards the end of last month, but received statements of support rather than military assistance.

The Angolan military backed the Congolese army in the DRC’s 1998-2003 war. 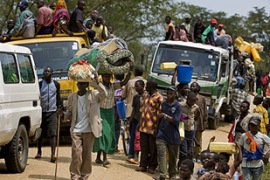 Congo and Rwanda to rein in militia

Military plan aims to tackle Hutu militia blamed as key cause of conflict in DR Congo. 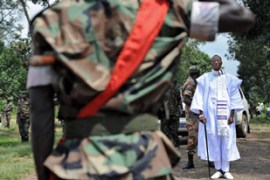 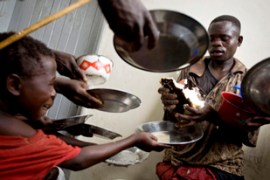 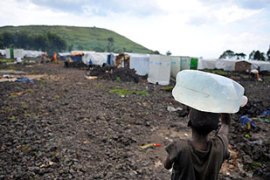