Israel also said on Thursday that it would allow foreign journalists to enter, lifting an effective media blackout for the first time since November 4.

Israel closed the border crossings with Gaza after a deadly Israeli army raid into the coastal enclave triggered an increased number of cross-border rocket attacks by Palestinian fighters.

Salam Fayyad, the Palestinian prime minister whose Western-backed government is based in the Israeli-occupied West Bank, said earlier this week that there was not enough cash in the Gaza Strip to cover salaries for more than 77,000 government workers there.

Fayyad said 250 million Israeli shekels ($63 million) was needed to pay the salaries but that banks in the Gaza Strip had only 47 million shekels ($12 million).

Peter Lerner, spokesman for Israel’s military co-ordinator for the Gaza Strip, said the army would allow in 40 truckloads of food and medical supplies though the Karem Abu Salem crossing (Kerem Shalom), as well as 33 lorry loads of grain through the Karni crossing.

Ehud Barak, the Israeli defence minister, authorised the delivery of 70 lorry-loads of food and basic supplies into Gaza and an unspecified quantity of fuel for the territory’s sole power plant, ahead of the Muslim feast of Eid al-Adha, his office said in a statement.

Palestinian officials in Gaza said Thursday’s shipments would do little to alleviate the shortages. 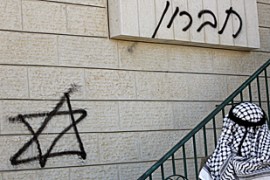 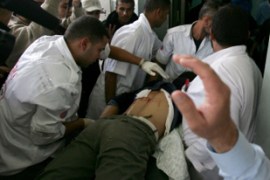 Three mortars land in a military base in southern Israel. 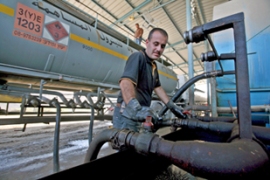